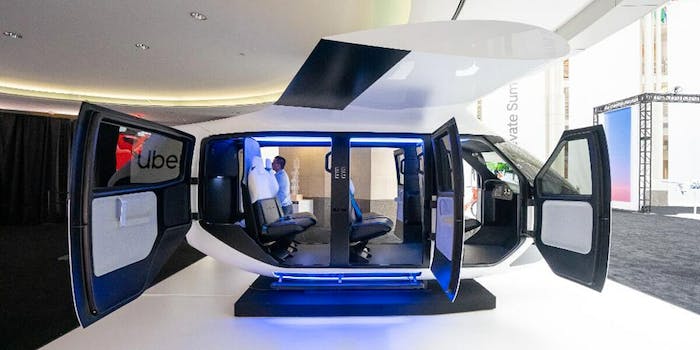 Uber wants to launch its flying taxi service in 2023

Uber announced Wednesday that it intends to launch its aerial ridesharing service in 2023.

Speaking at its third annual Uber Elevate summit, the company revealed that Melbourne, Australia would join Dallas and Los Angeles as locations for test flights beginning next year.

The service will be integrated into the Uber app and fly passengers seeking to avoid rush hour on the ground to a series of “Skyports” located on the top of buildings.

Uber spokesman Eric Allison stated that the new service would save Australian $16.5 billion in traffic congestion-related costs each year.

“The 19km journey from the CBD to Melbourne airport can take anywhere from 25 minutes to around an hour by car in peak hour, but with Uber Air this will take around 10 minutes,” Allison said.

Uber even went as far as to claim that using its flying taxis would be cheaper than owning a car in the long run once the technology becomes both autonomous and electric.

“Our vision is that on a daily basis it’ll be more economically rational for you to fly than for you to drive,” Allison added.

Despite Uber’s bold predictions, however, experts remain skeptical that flying taxis will be soaring over major metropolitan areas any time soon.

“Generally, it takes 10 years to certify a new type of aircraft,” Hirschberg said.

For now, the company plans to begin phase one of its Uber Air service on July 9 with helicopter rides from Manhattan to JFK Airport. The eight-minute flight will cost customers around $200.