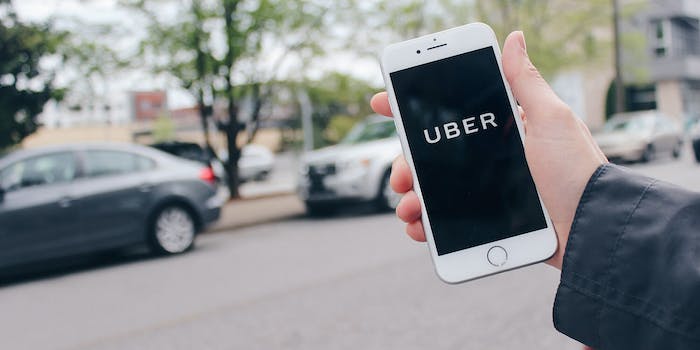 An accused war criminal is driving for Uber

Yusuf Abdi Ali, accused of torture and ordering mass executions during the 1980s, is working for the ride-sharing service full time in Virginia while defending himself in federal court against one of his alleged torture victims.

Speaking with undercover CNN reporters in his vehicle, Ali, who has driven for the company for more than 18 months and currently holds a 4.89 rating in the app, stated that the job was easy to obtain. Ali also admitted to driving for Lyft previously but said that he preferred Uber.

“They just want your background check, that’s it,” Ali said. “If you apply tonight maybe after two days it will come, you know, everything.”

While Ali does not have a criminal record, CNN notes that a quick search online for the former commander pulls up countless reports about his alleged barbarity. A Canadian documentary discussing Ali, who was known to locals at the time as “Colonel Tukeh,” highlights in graphic detail his purported crimes.

“Two men were caught, tied to a tree. Oil was poured on them and they were burnt alive,” one witness says. “I saw it with my own eyes. I cut away their remains.”

Another witness living in the same area also claims that his brother was tied to the back of a military vehicle and drug until it “shredded him into pieces.”

The man currently suing Ali in Virginia, Farhan Mohamoud Tani Warfaa, claims that he was tortured by the commander for months. Ali eventually ordered his two bodyguards to shoot the man and bury him, the suit states. Warfaa says he survived the gunshots and was released after his family bribed the bodyguards.

CNN also noted that Ali was able to obtain a visa to come to the U.S. after his wife became an American citizen. In 2006, however, “his wife was found guilty of naturalization fraud for claiming she was a refugee from the very Somali clan that Ali is accused of torturing.”

Checkr, the company that does the majority of background checks for Uber and Lyft, said in response to CNN’s report that it relies “on public criminal records that have been adjudicated in a court of law rather than unverified sources like Google search results.”

“Similarly, most employers don’t request background checks that include pending civil litigation due to its subjective nature,” Checkr added.

CNN also reports that it discovered Ali working security at Dulles International Airport near Washington, DC in 2016. Ali was fired from the job shortly after the story aired.