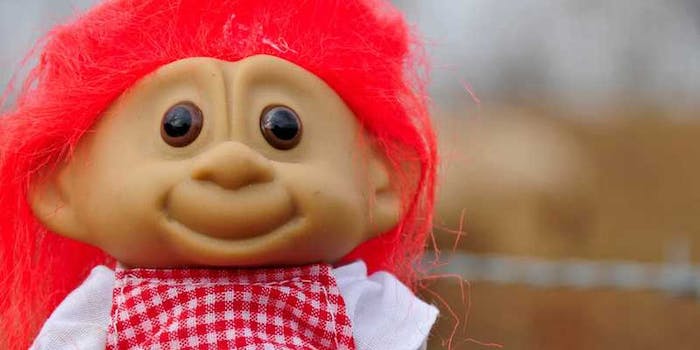 Trolldor tells you if someone is a Twitter troll

You'll never guess what this troll detector says about Justin Bieber. Actually you might.

We’ve all seen those shady Twitter accounts that are very clearly being run by a bot or especially obnoxious human being. Peddling discount Viagra, free iPhones, or simply begging you to click on a suspicious link, these are the dark parts of Twitter that the “Block” button was built for. But sometimes they’re not so easy to spot, and that’s where Trolldor comes in.

Trolldor works like a massive database of all the information that can help you identify a Twitter troll. It measures metrics like the number of tweets per day, percentage of original content, and number of followers who have tweeted fewer than 10 times.

Each measurement tells a story, and when viewed together it shows whether your suspicions of any given Twitter user are indeed correct, or if you’ve simply misunderstood them. But the real fun comes when you realize that virtually every popular celebrity on Twitter qualifies as a huge troll. Unfortunately, Trolldor allows verified accounts to remain exempt from being tagged as trolls, which means that despite having some scary Twitter habits, Bieber remains in the clear. Oh well, I guess you’ll just have to know in your heart that you were right about him all along.