Twitter keeps coming up with ways to get you to spend money.

Twitter Offers eliminates the need to carry coupons or download and display coupon codes in an app when purchasing an item in-store. It’s also Twitter’s first move into helping physical retailers make sales via Twitter. Earlier this year, the company rolled out a buy button to let people purchase items from online retailers.

People redeem an offer by tapping “Add offer to card,” which appears in the sponsored tweet, and then input their credit or debit card information directly in Twitter. When the user visits a store, either brick-and-mortar, online, or in apps, they simply pay with their card and the offer is redeemed. 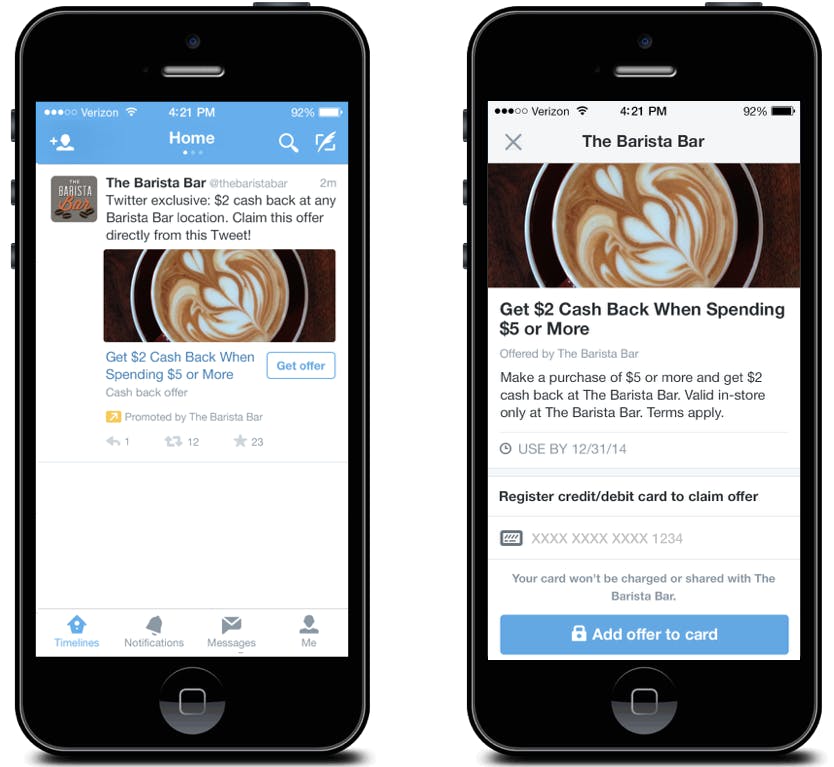 If customers redeem the promotion secured from a tweet, the savings will appear on their card statement within a few days. According to Twitter, Twitter Offers uses existing merchant payment systems, so it doesn’t require advertisers to use any additional software.

Twitter will encrypt and store payment information for future purchases automatically—if you want to change that default, you can do so in the settings. The company is testing this future with a handful of partners in the U.S. over the holiday season.