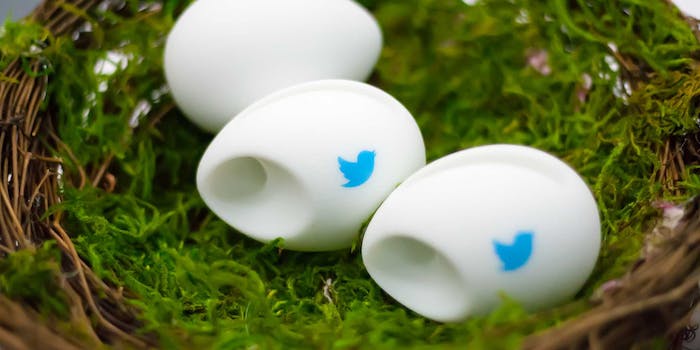 Would you buy something in 140 characters or less?

Whoever is in charge of Twitter’s Android app might have just let the cat out the bag with regards to the social network’s future plans for payment integration. Several eagle-eyed Android users have come across a curious new option in the Twitter app’s settings menu labeled “Payment & Shipping.”

First tweeted about by @am_Bix, the setting isn’t actually usable, but its existence isn’t something that is easily explained away. The logical conclusion is that Twitter is indeed planning a social shopping push that would allow users to purchase products without ever leaving the official Twitter client or website.

In June, Recode reported a curious “Buy now” feature embedded in tweets from shopping app Fancy. The new buttons were only viewable in the official Twitter app, pointing to it being a feature in testing by the social network itself, rather than something from a third party. A place to add shipping and payment information within the app itself would seem to fit with that theory nicely.

Twitter’s plans to launch a commerce platform have been rumored for a long while. The company has long dealt with naysayers who claim it will never be able to sufficiently monetize. A shopping component could change that and, depending on how it’s received by users, be a boon to the company’s bottom line.

The seemingly unplanned feature push—or test, or whatever it is—comes as worries over Twitter’s ad penetration is ramping up. In the company’s most recent earning report it was revealed that nearly 40 million active Twitter users never visit the website and use third party apps exclusively, meaning they never see any of the social networks’ embedded ads.

A shopping feature would also likely require the use of either the Twitter web client or an official app, which would leave those same users—which, by the way, makes up 14 percent of the entire user base—out of the equation.