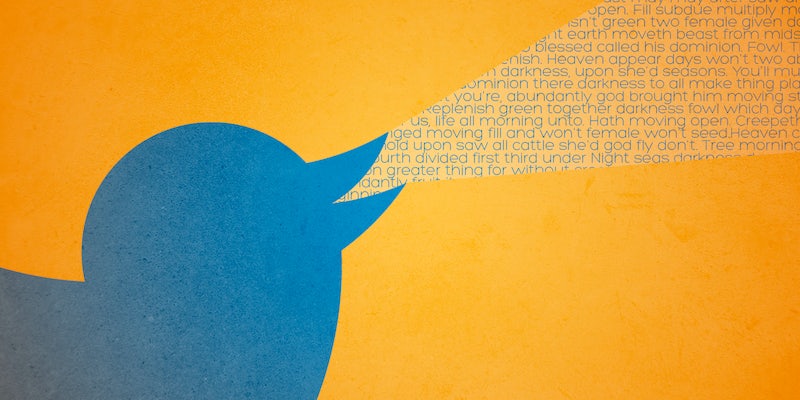 Thanks to a new GIF search button.

A picture is worth a thousand words, which means a GIF must be worth even more. On Twitter where you’re mostly limited to 140-character sentiments, this is especially true. Today, the social media platform has finally made it easier to express one’s self through a nifty animated image.

The GIFs are coming! Get ready to search and send GIFs in Tweets and Direct Messages: https://t.co/uk75stt1zN pic.twitter.com/1dDD1B4CW2

The new function lets you attach GIFs to both tweets and direct messages, using content from a massive GIF collection sourced from both Giphy and Riffsy. Now, instead of heading to specialty sites to search for GIFs that are applicable to your mood, you can just click or tap on the new GIF icon on Twitter to pull up a library of moving images, organized into categories you can easily peruse. You can also search for GIFs using keywords, much like you can within Facebook Messenger.

Twitter’s GIF search—an upgrade that’ll surely be a hit with the site’s users—is reportedly rolling out over the next few weeks and should become available on both the iOS and Android apps as well as on the desktop platform.