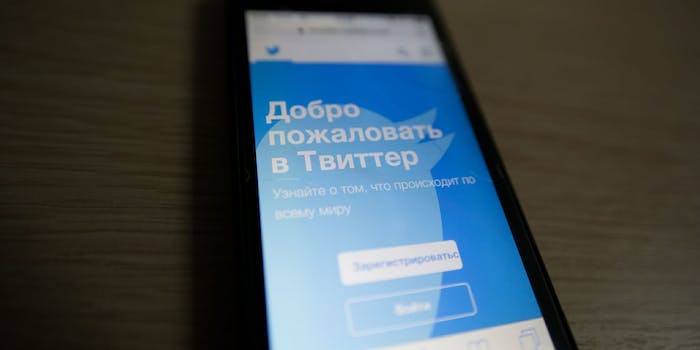 Both Twitter and Facebook announced Thursday that they had shut down thousands of accounts and pages on their platforms.

Twitter and Facebook both announced Thursday that they had shut down thousands of accounts and pages on their platforms that were part of disinformation and trolling campaigns managed by foreign governments.

Social media giants have been under increased pressure in recent years to investigate and take action against disinformation campaigns on their platforms by state actors, ever since the U.S. intelligence community determined that Russia had used such tactics to “undermine public faith in the U.S. democratic process” during the 2016 presidential election.

A spokesperson for Twitter told NBC News that its operation took down more than 6,000 posts and suspended thousands of accounts associated with five different countries, all of which were engaged in astroturfing campaigns similar to those commanded by the Kremlin-backed Internet Research Agency.

Facebook, meanwhile, announced via its blog that it had removed a network of 262 Pages and 356 accounts on its platform that were “engaging in coordinated inauthentic behavior tied to Iran.”

These pages were “repurposing Iranian state media content and engaged in coordinated inauthentic behavior targeting people across the world” the company said.