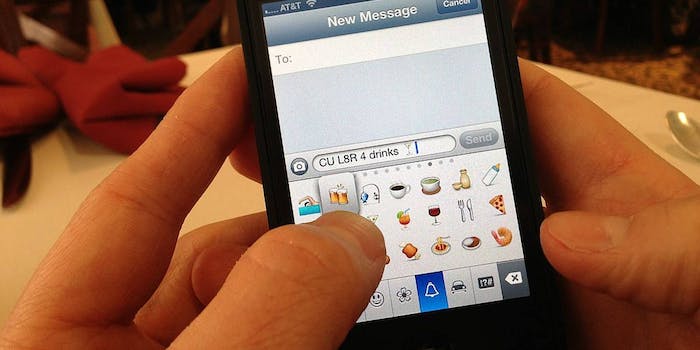 Twitter introduces ad targeting based on what emoji you use

Soon that hamburger emoji will get you served an ad.

As users turn to Twitter to celebrate World Emoji Day on July 17, the emoji they share will mean more than they ever have before.

Twitter unveiled a new feature Wednesday that will allow advertisers to target potential consumers based on their emoji activity, effective July 17.

In a blog post, Twitter said a user’s emoji activity can be used “as a signal of a person’s mood or mindset.” The new feature will encourage advertisers to target people when they Tweet food emoji or other emoji that depict their interests.

Advertisers will have the ability to target people who have recently tweeted or engaged with tweets featuring emoji with the help of select Twitter Official Partners: AdParlor, Amobee, HYFN, Perion, SocialCode, and 4C.

In the blog post, Shah noted that Oxford Dictionary’s 2015 Word of the Year was the laughing emoji.

“Emoji have become a ubiquitous way for people, publishers, and brands to express their feelings,” Shah said. “And over 110 billion emoji have been tweeted since 2014.”