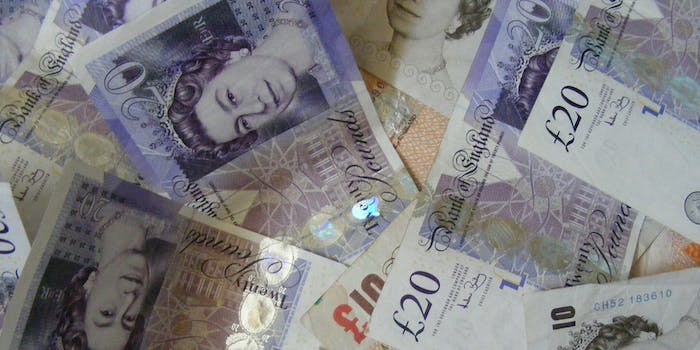 Tweets can say a lot about you, including how much money you make.

Twitter is a goldmine when it comes to social data, and researchers have discovered how to use this information to predict people’s income based on their tweets.

The study, led by Daniel Preoţiuc-Pietro at the University of Pennsylvania, analyzed 5,191 users and over 10 million tweets in the U.K. Based on what people said and the sentiment of their posts, researchers were able to predict individuals’ different socioeconomic factors.

In the U.K., a worker classification system sorts people into nine different categories based on skill requirements and content. Researchers found a representative sample from each of the classifications and used natural language processing to figure out which words or sentiments people in each class used on a more regular basis.

The results confirmed what is already known about certain demographics—for instance, men make more money than women, and people with more education are likely to earn more. But it also presented some new information that sheds light on the personality traits, emotions, and language expressed by people with different incomes.

People who are perceived as less anxious and religiously unaffiliated seem to have higher earnings, while those who have higher income tweet more anger and fear while posting more objective content. Lower income users swear more, and emotions including sadness, surprise, and disgust are more frequently associated with them than higher income users. Additionally, people who earn more tweet more about politics and NGOs.

There was no significant difference in the amount of joy expressed by high or low income earners. But perceived optimists have a lower income on average.

“Lower-income users or those of a lower socioeconomic status use Twitter more as a communication means among themselves,” Preoţiuc-Pietro said in a statement. “High-income people use it more to disseminate news, and they use it more professionally than personally.”

Researchers said this study was the first of its kind to link tweets with income, but Twitter data is used to expose all kinds of trends based on publicly available information and the things we’re absentmindedly sharing with followers. Twitter has been used to demonstrate and predict areas of heart disease and when and how many people will file unemployment claims.