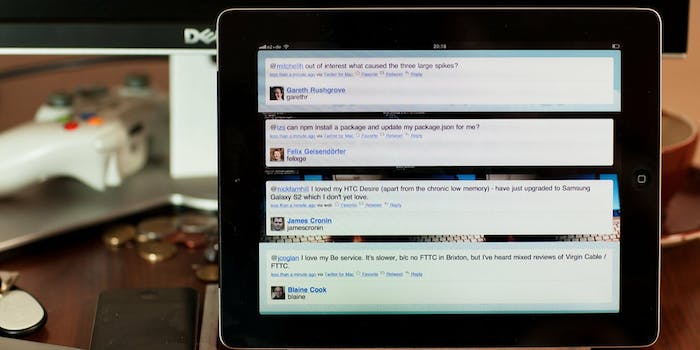 Twitter just turned on its new algorithmic timeline for you, and here’s how to opt-out

The best tweets are orderly tweets.

If your Twitter timeline looks a bit different, don’t worry—you aren’t imagining things. After offering a fairly vague launch window of “coming weeks” back in early February, the social network quietly activated its new, non-chronological timeline this week for all users.

After the recent rollout, users began noticing that tweets in their timeline were no longer in reverse-chronological order, the sequence they had appeared in since Twitter launched. The mysterious new algorithm revives older tweets that the system thinks should take priority over more recent entries.

The “best tweets first” version of the timeline has been available to Twitter users since February, although at first it was opt-in, rather than opt-out. Twitter warned at the outset that the feature would eventually come to all users by default, and it appears that that day has arrived.

You’ll now have to explicitly opt out if you don’t want to use the new timeline. You can do so on Twitter’s Settings page. Under the Content header, there is an option for “Show me the best Tweets first.” Uncheck that box to revert to the old timeline.

A support document updated on March 7, 2016, alluded to the change, but that small but important alteration didn’t land on the radar of many Twitter users. .

“Tweets you are likely to care about most will show up first in your timeline,” the document explained. “We choose them based on accounts you interact with most, Tweets you engage with, and much more.”

The change, which is like a more sweeping version of the “While You Were Away” feature, has many caught Twitter users by surprise. While some have reported receiving a notification of the switch, others shared their realization the only way they know how: panic tweets.

Who was the moron at Twitter that thought is was a good idea to put tweets out of order? Stupidest idea ever

Really, REALLY starting to hate @twitter's algorithm showing tweets out of order, or hiding them altogether.

This out of order Twitter timeline stuff is junk, you guys.

Twitter is, of course, carrying on with its plan regardless of complaints. A spokesperson for Twitter told the Daily Dot, “As we said in our announcement, we’re rolling out our timeline improvements to everyone over time. People can still choose to opt out of it in their settings.”

Perhaps Twitter hasn’t noticed all the rage tweets yet because they haven’t appeared at the top of its timeline. Keep scrolling, Twitter, we promise that there’s plenty of them.