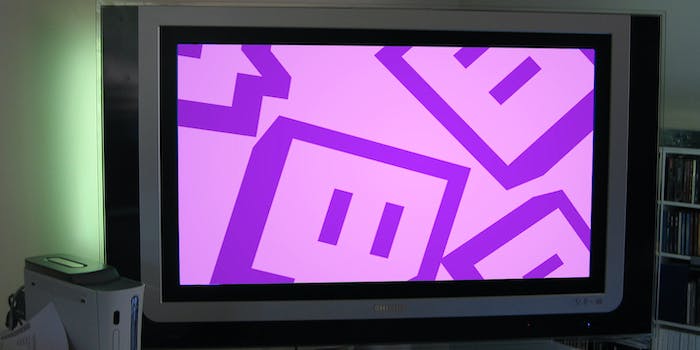 Did a Twitch troll really cost himself $50,000 by trying to make fake donations?

A case of accidental altruism.

One of the cruelest pranks a person can pull on a Twitch streamer is to dangle a huge donation only to cancel it later, demanding a refund through Paypal. According to a YouTube video making the rounds, a prankster had the tables turned when PayPal denied his refund requests, leaving him on the hook for $50,000 in donations.

The cash came from an apparently generous Twitch user named iNexus_Ninja, who bestowed about $50,000 in total to four popular streamers:  NoSleepTV, Sodapoppin, Dizzykitten, and LegendaryLea. The cash came in sizable chunks, hundreds of dollars at a time, eventually amassing up to several thousand dollars delivered through PayPal into the coffers of each streamer.

For Twitch streamers who primarily live off of monthly subscriptions and donations provided by their viewers, this sudden influx of cash can have a considerable impact on their daily operations, even if it’s just a one-time gift.

However, according to a video assembled by YouTuber LiveStreamFails, iNexus_Ninja didn’t appear to intend to follow through on the massive donations; he instead planned to get the cash back by filing chargeback requests with PayPal.

Chargebacks are essentially refunds; a buyer (or in this case, a donor) asks their credit card company to remove a charge. Primarily, the feature is a fraud prevention tool for stolen cards or for transactions that fall through, but can also be abused.

When a chargeback is filed, the recipient of the funds is notified and a freeze for the amount of the transaction in question is placed on their account. The case is investigated and can take up to 75 days to resolve.

iNexus_Ninja—who is really an Australian teenager named Anthony Archer—attempted to use this trick to withdraw $10,000 of donations to Twitch streamer Chance Morris, otherwise known as Sodapoppin. However, the prank was prevented when PayPal denied the chargeback request and allowed Sodapoppin to keep the cash.

According to Archer, the chargeback attempt on Sodapoppin was filed because he decided the streamer wasn’t in need of the money.

“A few people, not saying names, told me he was already rich and did not need the money. He has a house in his name, very wealthy,” Archer told the Daily Dot. “So I decided to try charge him back as he didn’t really need it.” Sodapoppin was previously the beneficiary of $57,000 in donations received from a single donor who went by Amhai and made a name by gifting streamers with huge chunks of cash in 2013.

Archer insists that the chargeback attempt on Sodapoppin was the only time he tried to get his money back; his other donations weren’t retracted and no chargeback was filed. “This YouTuber took Sodapoppin’s comment that he made, and linked it all up with all the other donations I have ever done and made it look like I charged back all of my other donations as well,” Archer says.

There’s some evidence to suggest that Archer’s account of the incident is legit; Tip Donaldson, known as NoSleepTV on Twitch, received a donation from Archer but never received notification of an attempted chargeback.

Another popular streamer, GoldGloveTV, confirmed that donations from Archer to both he and his partner and fellow streamer FemSteph were legitimate and not subject to a chargeback.

He hasn't charged me or my girlfriend @FemSteph back, no.

He also has a considerable history of giving things away to people online. Archer has given away games via Twitter, and a search of his username on the site reveals he’s been thanked on Twitter for donations from a variety of Twitch streamers who offer reactions that range from gratitude to disbelief.

Massive thanks to @Archer21Anthony for the generous donation 2 @hovigforcasey campaign DM your postal details & we'll send ur stubby holder!

@Archer21Anthony If those donations are real, Hats off to you mate, Tip needs it and deserves it

Many of the donations came around the same time as the one given to Sodapoppin, though it doesn’t appear Archer filed a chargeback on the transactions. Archer has remained in touch with some of the streamers who thanks him on Twitter in the months following his supposed donations, so it would appear he remains in good standing with some.

The Daily Dot reached out to streamers who were given donations by Archer to confirm they received the money in full with no chargeback request but none have responded at the time of publication. The Daily Dot also approached PayPal for comment on the situation but has not yet received a response.

One of the facts muddling the whole situation, though, is just where does an 18-year-old get his hands on $50,000—and then give it away to people who play video games on the internet?

Archer didn’t want to disclose that when asked, stating that it was personal information and he didn’t want to say. A since deleted tweet at first seemed to suggest that he used his parent’s credit card for the transactions—though it later appeared that he was joking, and suggested as much on Twitter when the tweet was brought up.

A status on Archer’s Twitch account captured by Motherboard that read, “In my mom’s basement getting whipped, thanks youtube” seems to connect the idea that he’s been handing out his parents’ money. However, given the incidents displayed in the LiveStreamFails video took place in January and that status was set recently, it’s just as likely that Archer is being self-deprecating about the situation.

None of this eliminates the possibility that Archer intended to chargeback every streamer but ran into trouble with his first chargeback attempt and just decided to take the loss on the others. But Archer holds he had much purer intentions. He insists that he gave out the cash gifts to streamers he respects.

“They shared there [sic] life story with their Twitch followers as it’s not easy to do if you’ve had a shitty life,” he said. Other times he chose streamers with smaller followings because he “just liked making them happy” and understood the impact the donation would have for them. “I know that most of Twitch streamers live off of their donations. And I guess this was kind of a break for them,” he said.

Whether his internet altruism was well-intentioned or forced upon him because of a poorly executed prank it at least seems that in many cases, it does appear that it often landed in the hands of the people it was promised to.

Despite the sudden backlash and swarm of attention drawn to him, Archer insisted that he had no real hang ups about the whole situation. “I don’t regret the donations at all,” he said. “The charge back to Sodapoppin I should’ve thought about more as it was a confirmed transaction, so did cause a lot of drama, but apart from that, I don’t regret anything.”