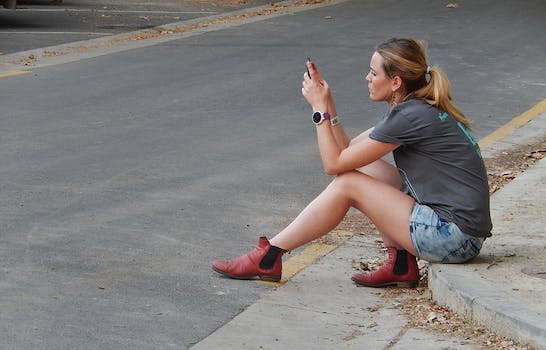 Just don't swipe left on us.

At some point in your time on Twitter, you’ll likely find yourself following way too many people and your feed becoming overwhelmingly noisy. It’s time-consuming to go through and unfollow each unwanted account individually, both on Twitter’s mobile apps and on the Web.

Twindr makes it fast and easy to clean up your Twitter feed by taking the swipe motion popularized by dating app Tinder and applying it to the list of people you’re following.

After downloading Twindr, you have to give it permission to access your Twitter account. It will then display the accounts you follow one at a time, and you can swipe right to keep following or left to unfollow. The application goes through groups of about 15 people, including their avatar, bio, and latest tweets. When you’re all out of profiles to evaluate, you can tap to refresh. 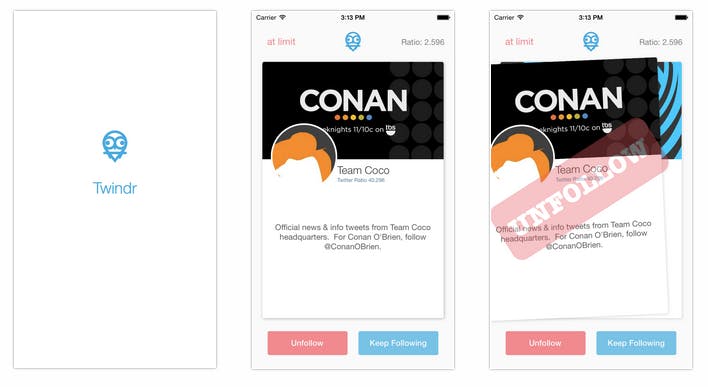 Twindr was fast and easy to use, but there was a downside. Instead of randomizing the follower list, the app shows you the most recent accounts followed. Usually the accounts I most recently followed are ones I want to keep following, so I had to do a bit of right-swiping before I got to the accounts that haven’t tweeted in a while and the ones I followed for a specific purpose a long time ago.

Although the application uses the abhorrent Tinder portmanteau, it’s actually quite helpful for paring down the accounts you follow and freeing up some space to add new voices to your feed. Or you can use it to simply #UnfollowAMan.