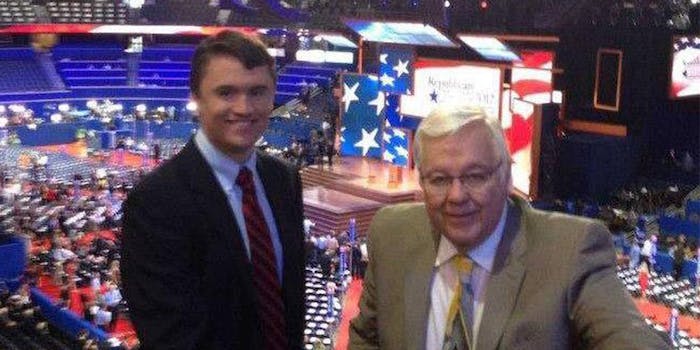 The irony was not lost on people.

Montgomery, who founded TP USA in 2012 with then-teenager Charlie Kirk, died on Tuesday at the age of 80, two of his friends confirmed to Politico.

“An American hero died today,” he wrote. “Bill Montgomery passed away at 80. He believed in me. He poured his heart & soul & time into me. He took a risk on me and without Bill Montgomery, there is no @TPUSA. He touched the lives of thousands of young Americans and I will miss him greatly.”

Curiously, TP USA shared a meme mocking face masks seven hours after Kirk tweeted about the death of Montgomery. The since-deleted meme includes a photo of a blissful Nicolas Cage with the text, “Me not wearing a mask while a leftist screams at me from their car across the parking lot at Whole Foods.” The organization captioned the meme with “LOL!” and a #BigGovSucks hashtag.

One of TP USA’s primary methods of communication, at least on Twitter, includes sharing memes that disparage any number of what it perceives to be ridiculous liberal causes. Those causes include wearing face masks (an encroachment on freedom), protesting police brutality (domestic terrorism), political correctness (a leftist tool to silence smart conservatives), and socialism (socialism is just bad, I dunno).

The organization has continued sharing a steady stream of memes and videos defending its points of view since deleting its mask tweet. But Twitter users have not let TP USA off the hook. Several people have replied to the account’s other posts with a screenshot of the deleted tweet, while others have shared their own memes mocking the irony of the situation.