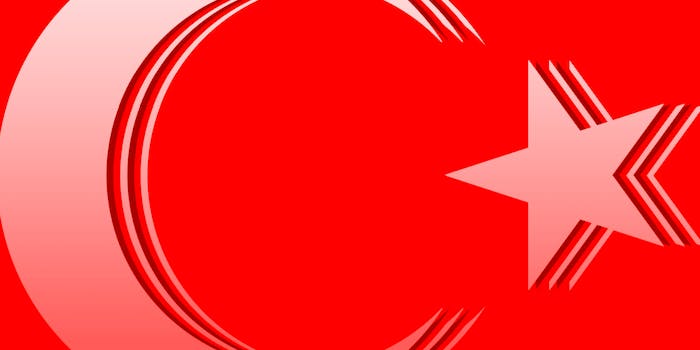 As American troops reportedly move closer to the Islamic State’s capital, pictures from the battlefields of Syria raised tensions between Turkey and the U.S. on Friday.

Turkish leaders accused Americans of hypocrisy for supporting Kurdish fighters as they pushed toward Raqqa, the heart of the Islamic State.

While the Pentagon said Special Forces units take actions like this to blend in and build trust with the locals, Turkey took exception to the show of support for a group that their leadership deems terrorists.

Cavusoglu equated the Kurdish YPG with the Islamic State and Al Qaeda.

Turks have been fighting ethnic Kurds in their own territory for 40 years as they sought more autonomy.

“If they don’t see these [ISIS and Al-Qaeda] as the same as the YPG, then this is double standards, hypocrisy,” Cavusoglu said on Friday.

In the U.S., however, the Kurds have garnered significant political support in the years since the Islamic State’s rise. In Syria and Iraq, they’ve been one of the groups that put up fierce resistance during the group’s first expansions.

Now, with Islamic State losing wide swaths of territory, Kurds are seen by Washington as one of America’s key allies in this phase of the war.