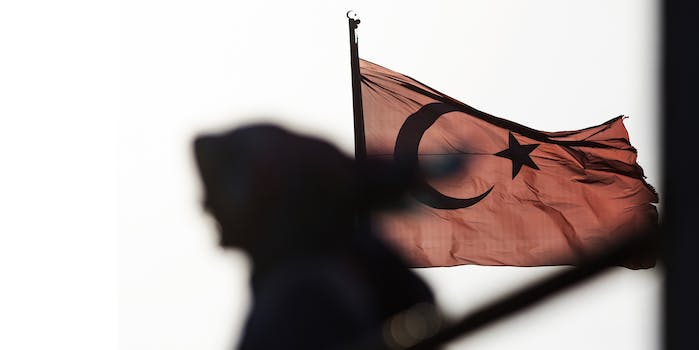 There are now 153 jailed journalists in Turkey.

The emails were hacked by a Marxist hacker group, RedHack, and were leaked to the public in October after the group’s demand for the release of political prisoners was not met. Subsequent to the public leak, the government had banned cloud services. The email archive was later indexed by WikiLeaks, which remains banned in Turkey.

On Sunday morning, Turkish police special forces units raided houses of journalists from various outlets known for their critical news coverage, including daily BirGun’s Mahir Kanaat. BirGun was one of the first outlets to report Albayrak’s email addresses were hacked by RedHack.

Among the detained journalists, Eray Sargin is the editor-in-chief of news website Yolculuk, which was the first outlet to report on the leaks. Despite being censored for its news articles, Yolculuk kept reporting about the leaks.

Investigative reporter Tunca Ogreten was the former editor of Diken where he revealed the details of the oil trade between Turkey and Northern Iraq. Based on the email correspondence, Ogreten showed that Albayrak—who is also President Erdogan’s son-in-law—was the real boss behind the private oil monopoly Powertrans.

Metin Yoksu and Omer Celik are reporters for the Dicle News Agency (DIHA), which was shut down by the government using a state-of-emergency decree. DIHA’s report on the leaked emails uncovered the nepotism network inside Turkish bureaucracy, showing how friends and relatives of Albayrak were influential not only in hiring for public offices but also firing in the post-coup purge.

Under the current state of emergency, Turkish prosecutors are allowed to limit attorney’s access to case files and evidence against their clients. However, pro-government media was served with the details of the case to create a public pressure against journalists. Ogreten, the former reporter for Diken who is charged with “membership of a terrorist organization,” has been further stripped of his right to an attorney for the next five days.

With last week’s arrest of the Syrian-born journalist Husnu Mahalli and Sunday’s house raids, the number of journalists behind bars has reached 153, making Turkey the worst jailer of journalists in the world according to the Committee to Protect Journalists’s 2016 prison census.