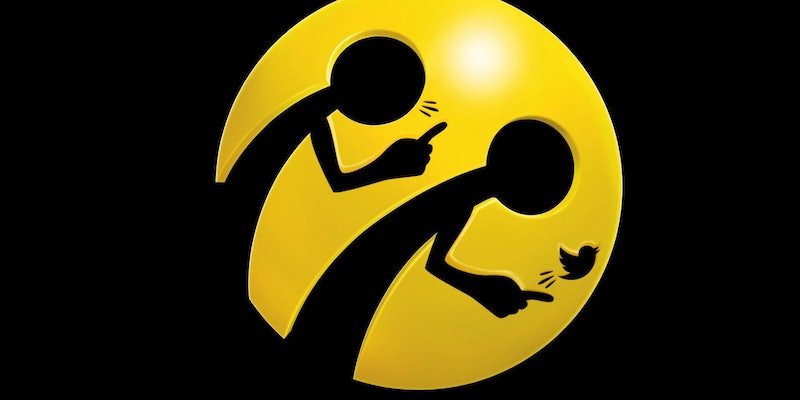 Turkcell got a court to order the tweets censored—but Twitter isn't backing down.

One of the top mobile service providers in Turkey has successfully convinced a court to censor hundreds of tweets about a child-abuse scandal at a religious organization linked to the company and Turkey’s president.

Turkcell, the third largest wireless provider in Turkey, recently requested that a Turkish court require Twitter to censor 862 tweets that are critical of the company’s continued support for a religious foundation known as Ensar Vakfı, which sits at the center of child-abuse scandal in Karaman, Turkey.

To convince the court that censorship was appropriate, Turkcell utilized a “defamation” article in the Turkey’s notorious Internet law, which is frequently used by President Recep Tayyip Erdoğan and his inner circle.

The court issued the ban order on April 1, just a day after Turkcell lawyers provided a list of 862 tweets to the judge. Twitter sent out emails to hundreds of users over the weekend, saying they will fight the decision in an upper court and “did not take any action [to censor tweets] for the time being.”

Turkcell’s censorship request comes amid a growing public outcry over the Turkish government’s apparent cover up of the child-abuse scandal. Following the arrest of a primary school teacher who stands accused of raping 10 children in the dorms run by Ensar Foundation, prosecutors decided to run the criminal investigation in private to protect the victims. As a result, the teacher and the foundation also received protection from the government.

Many news articles that published the name and pictures of the teacher were deleted from the local news outlets in Karaman, effectively masking his links to Ensar Foundation and local officials. Both the Karaman’s governor, Murat Koca, and Karaman’s director of education, Asım Sultanoğu, publicly stated that they neither met the teacher nor had information about the dorms. But journalists revealed archived photos with the alleged teacher, one photo even taken inside one of the dorms showing the director of education sitting next to the teacher in an evening meeting with a dozen children.

The reason that government officials are protecting Ensar Foundation’s reputation is because it is their reputation at stake. Ensar’s founders reportedly have close ties Erdoğan family. President Erdoğan himself had previously participated at their events. And the foundation received public funds and has been granted tax-free status by the Erdoğan government. Although running private dorms for under-age pupils is illegal in Turkey, Minister of Family Sema Ramazanoğlu praised the Ensar Foundation even after news of the scandal broke, saying the foundation should not be defamed for a “one-off incident.” Opposition parties’ motion for a parliamentary inquiry on child abuse was also diluted by an AKP majority vote to include homeless children and drug abuse.

With 34 million subscribers in Turkey, Turkcell is the one of the three major mobile operators in the country. After a management crisis three years ago, Turkey’s free-market regulator appointed pro-AKP politicians (including two former AKP ministers and one province deputy) as trustees to the company, prompting some economists to question  their independence. Now, following the backlash against Turkcell’s sponsorship of the Ensar Foundation, which includes an annual “Turkey Values Award” given out by Ensar, the company released a statement on March 24 saying their support for education projects will continue, failing to meet their customers’ demand to stop sponsoring the Ensar Foundation.

This ignited an online campaign for boycotting Turkcell. Activists behind @TurkcellBoykot, a Twitter account that appears to have coordinated boycott efforts against the company, said they will stop boycotting when Turkcell stops supporting Ensar Foundation. Recently, hashtag campaigns such as #TecavüzCell (“RapeCell”) and #EnsarCell received much attention with doctored images showing AKP MPs with Turkcell hats congratulating Minister Ramazanoğlu, who survived a vote of no confidence at the parliament by AKP majority.

In addition to requesting the court-ordered censorship of hundreds of tweets published as part of these campaigns, Turkcell also demanded that Twitter be blocked altogether, according to court documents —a request apparently turned down by the judge.

The number of tweets in the censorship order was initially reported to be around 100; but one of the Twitter users in the list, @errdemglr, shared the court order publicly, showing Turkcell targeted 862 tweets from 743 different accounts. The texts of the statuses were provided by a software developer who prefers not to be named.

Among the censored tweets reviewed by Daily Dot, many are simply critical about Turkcell, while others were merely sharing related hashtags. Turkcell appears to have singled out some of the tweets for censorship as a way to stop the mass-boycotting campaign from spreading further.

Here are a selection of the original tweets and their English translations:

“I paid the cancellation fee and ended my 3G modem subscription. no support for rapists. here you go. @turkcell”

“If you sponsor rapists you will lose even more reputation @Turkcell”

“As of now, I cancelled my @turkcell subscription and switched to @VodafoneTR”

“We will call AKcell to Turkcell now! They will not stop sponsoring Ensar Foundation! I will switch my subscription tomorrow.”

“Dear Friends, stop following me if you have a Turkcell as I will break with anyone who supports paedophilia”

“@Turkcell, don’t support paedophilia. Give us a voice.”

“I applied to change my turkcell subscription with vodafone. You should do the same, don’t sponsor rape. @Turkcell @TurkcellHizmet”

“@Turkcell, I will end my two subscriptions. FYI. #SponsorOfChildRapeTukcell”

As of this writing, 116 of the listed tweets have been deleted, and about 13 users locked their accounts—voluntarily self-censorship likely taken as a precaution in case the court order is implemented.

Despite this, the public outcry and the boycott campaign does not appear to be waning any time soon. After hundreds of users received the court order by an email from Twitter, a new hashtag was born to criticise Turkcell, #SansürCell (“CensorCell”). In a display of public response to Turkcell’s reputation management, which followed the government’s footsteps, their censorship attempt is largely backfiring.

Turkcell did not respond to our requests for comment.