Maybe we'll think twice about all the doxing now.

In the time of the gladiators, what you did in life echoed throughout eternity. But in the 21st century, what you tweet or post on Facebook can get you fired. At least that’s the thinking behind the blog Racists Getting Fired.

The Tumblr-account-turned-agent-of-social change doxes people who post racist, homophobic, or otherwise bigoted remarks to their social media accounts. RGF then shares their personal information so that followers can contact said bigots’ employers and get them fired.

While it’s a well-meaning social justice project that sounds like it was dreamt up by some precocious high schoolers, this type of prosecution by mob isn’t without its faults. After all, Tumblr isn’t the first site that comes to mind when you think “digital forensics experts.” It’s easy to see how a dude scorned by a bad breakup could quickly manipulate a few screenshots of his own Facebook page to make it look like hers and sic a mob wielding reblogs like pitchforks on her to exact his revenge.

In fact, that’s the exact tragedy that befell Brianna Rivera after her ex submitted a fabricated screenshot of her Facebook page peppered with racist remarks about Ferguson. 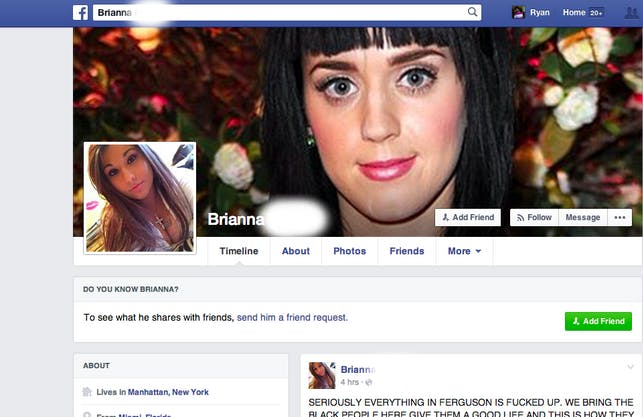 Once Racists Getting Fired posted the fabricated screencap, Rivera’s employer, AMC Theaters, was bombarded with outrage and multiple requests for her removal. Thankfully, the cinema chain did more due diligence than a Tumblr account, standing by Brianna and vowing to take action against those who submitted the falsified information.

Yet, according to what amounts to a retraction posted by RGF, AMC won’t have to dig very far to find the culprit. According to the blog, the screenshot was falsified by Rivera’s ex-boyfriend, who manipulated his own Facebook page to mirror hers. While his name is unknown, both his Instagram and Facebook accounts have been shuttered since the truth came to light, as has the initial Tumblr account through which he submitted the post. 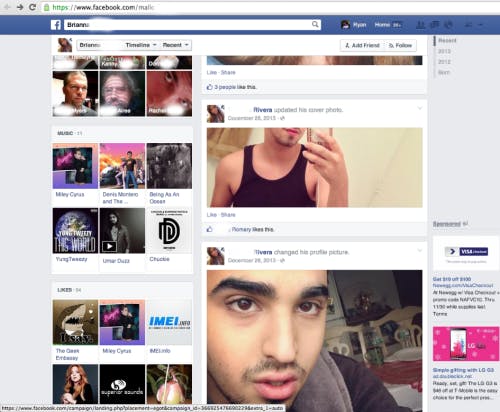 Thankfully, someone was able to dox the fake posting so Rivera could get some justice. Still, maybe this is a warning that we should stop doxing once and for all. While racism is something that should be stamped out both in real life and online, let’s leave the vigilante justice to Spider-Man and go back to reblogging puppy gifs.