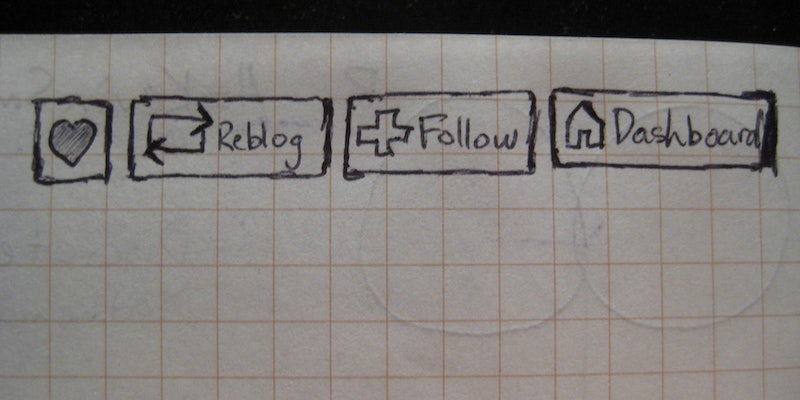 This tiny Tumblr tweak may finally let users have a conversation

Tumblr unveiled a basic feature on its platform today that will make many users happy—if they notice it, that is.

Tumblr unveiled a basic feature on its platform today that will make many users happy—if they notice it, that is.

For a while now, users have had the ability to mention each other by doing it Twitter-style—typing @[username], which brings up a pop-up of the user in question, similar to Twitter’s mentions. Here’s what this looks like in action :

But wait—Tumblr users already had this ability. So what’s new? Today, according to information Tumblr provided to Mashable and later posted on its staff account, Tumblr actually implemented notifications for these kinds of mentions. Now Tumblr will alert users when someone mentions them, even if they’re not reblogging your post.

The notifications show up on your Activity page, itself a recent addition to Tumblr that makes it easier for users to see and follow communication. Here’s what that looks like:

The notifications also show up on your Tumblr dashboard stream, but if you’re following lots of users who update frequently, you’re probably not going to see them. There’s a chance that notifications will get lost on high-traffic Activity pages as well—but at least that’s one problem we’re pretty sure XKit Guy can fix for us.

The real question is whether this will actually change the way Tumblr users operate. In the face of Tumblr’s many daunting communication hurdles, including the difficulty of following threads of discussion across the site, Tumblr users have already evolved their own way of mentioning each other: tagging one another’s usernames in their posts.

Simple enough, right? But this method only works under a few circumstances: Your post can’t be a reblog of someone else’s, since Tumblr only tracks tags on original posts. You must include the username in the first five tags you use, since Tumblr only catalogues the first five. And if your username is a generic word like mine is, good luck finding a mention that actually is meant for you in the middle of all the conversation about other things.

I for one eagerly welcome our new Tumblr mentions. If Tumblr succeeds in actually making this update clear to the userbase, it will be a tiny, but instrumental step forward in its attempts to keep users’ conversations from getting lost in the noise of all those notes.