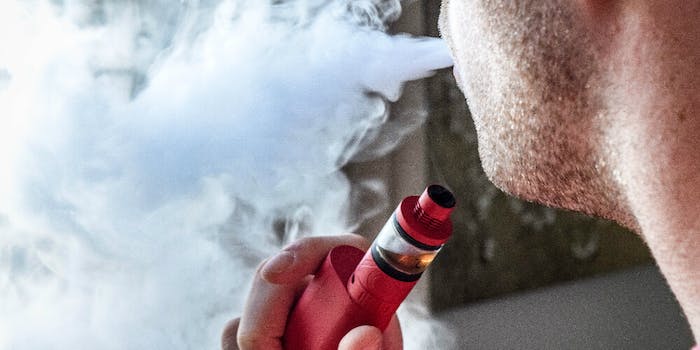 Fears that the ban could cost Trump reelection loom.

President Donald Trump has been working on a flavored e-cigarette ban (to the dismay of some conservatives who believe the move could cost him reelection), and now details about the policy are slowly emerging.

According to Axios, the Trump administration is about to finalize the ban that will outlaw all vape flavors, except for tobacco and menthol, per the recommendation of senior health officials. The Food and Drug Administration (FDA) is anticipated to release guidance information to help the White House make the best possible decision on the issue–an issue that has been linked to the death of 34 people in the U.S.

Some believe vape flavors other than menthol and tobacco are more popular among young people and therefore expect that banning the flavors would decrease consumption among that demographic.

Many conservatives, including Trump’s campaign manager Brad Parscale, are concerned that Trump’s move to outlaw vaping could make him less popular in swing states and cost him the election, but it seems like he is brushing aside those concerns to press on with the ban.

Back in September, the Trump administration warned about the upcoming flavor ban, prompting one of the industry’s leading e-cigarette sellers, Juul, to stop selling flavors other than menthol, mint, and tobacco.

The new ban would also mean mint flavors will no longer be sold. An announcement with more finalized details is expected to be made within the next week.