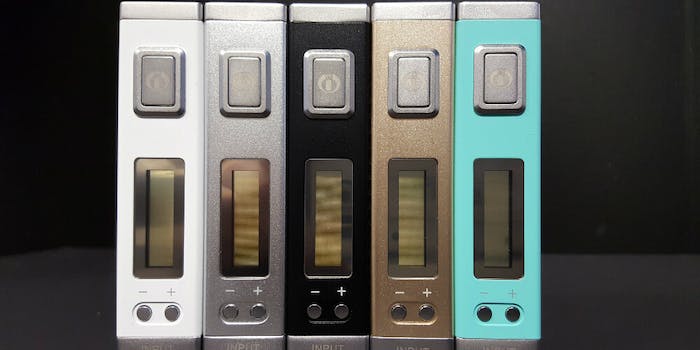 Bots are responsible for the majority of e-cig marketing messages, but it's unclear if it's at the behest of manufacturers.

Members of Congress, along with the Massachusetts attorney general, are investigating whether vaping manufacturers are using social media bots to market their products and mislead consumers about the health risks associated with e-cigarettes.

Four companies in question–Reynolds American Inc., Juul Labs Inc., NJOY LLC, and Japan Tobacco International USA Inc.–have since denied using bots either through spokespersons or sources familiar with the matter, per the WSJ.

Fontem Ventures has not yet denied or confirmed its use of bots.

So far, 29 people have died from vaping-related illnesses and 1,000 more have been sickened in the U.S. A study found that bots are responsible for the majority of e-cigarette marketing messages on social media, but it’s unclear if it’s at the behest of manufacturers.