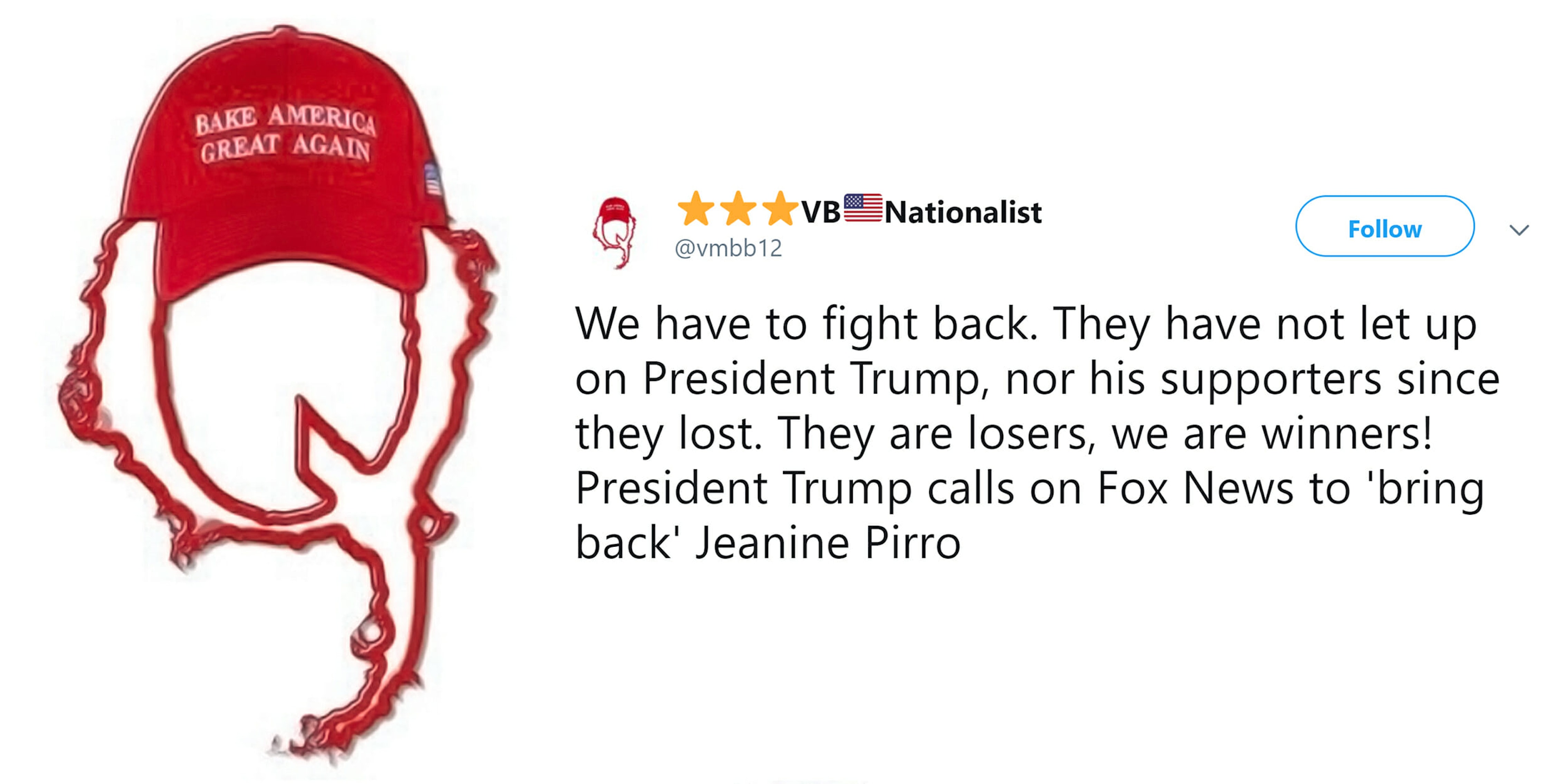 Trump retweeted a QAnon supporter during his Twitter bender

It's the closest the president has danced with the wild conspiracy.

President Donald Trump on Sunday went on an extended Twitter bender that—even by his standards—was over-the-top.

Over the course of 50 tweets and retweets, he railed against Fox News’ treatment of Judge Jeanine Pirro, attacked Hillary Clinton and Robert Mueller, retweeted a Pizzagate promoter dramatically fretting about an MS-13 murder, and shared some anti-Ilhan Omar tweets.

Lost in the mix was a retweet from @vmbb12, that supported Pirro.

In the avatar [email protected] is a clear endorsement of the QAnon conspiracy, the bonkers online theory that Trump is secretly working to remove a cabal of Democratic pedophiles from inside the government, and that one man (who is possibly Trump himself) is revealing the mystery to all.

The avatar is the letter Q, wearing an edited MAGA hat that reads, Bake America Great Again. “Bake” is the phrase Q fans use to describe their analyzing of Q posts. In the bio is “#WWG1WGA,” which stands for “We go one, we go all,” a popular phrase among Q followers.

While the tweet was about Pirro, other tweets show clear support of the conspiracy movement.

Trump’s retweet is the closest the president has come to being tied to the Q conspiracy.

The president has never spoken about the phenomenon, but the administration has come close to dancing with it. A Q supporter visited the White House last year. Vice President Mike Pence was photographed with a supporter. And infamously, a baker at Trump’s Mar-a-Lago resort was revealed to be a Q fan.