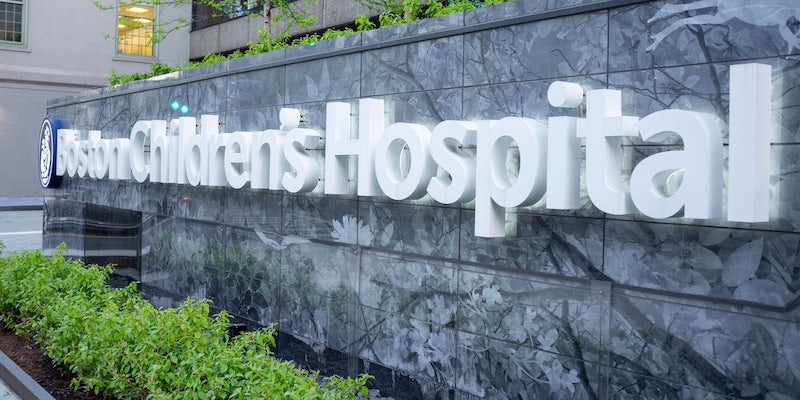 The arrest is intensifying pressure on Twitter to suspend Libs of TikTok.

This afternoon, the Federal Bureau of Investigation announced the arrest of a woman for allegedly making bomb threats against Boston Children’s Hospital. The woman appears to be a longtime supporter of former President Donald Trump and the Republican party.

Children’s hospitals have recently been targeted by prominent, right-wing transphobic accounts on social media, largely spearheaded by Libs of TikTok. Libs of TikTok recently singled out Boston Children’s Hospital and falsely claimed that it performs hysterectomies on transgender minors.

The hospital and others targeted by Libs of TikTok, which is run by Chaya Raichik, were subsequently inundated with threats and hate. Raichik denies any responsibility for the attacks.

On Thursday, federal officials announced the arrest of Catherine Leavy of Westfield, Massachusetts. Leavy is charged with making a false bomb threat against Boston Children’s Hospital. She reportedly faces up to five years in prison.

Federal officials claim Leavy called the hospital and said, “There is a bomb on the way to the hospital. You better evacuate everybody. You sickos.”

It is not yet known what she intends to plea to the charges.

“This behavior is nothing short of reprehensible and let me be clear, it needs to stop now,” Bonavolonta said. “The real victims in this case are the hospital’s patients. Children with rare diseases, complex conditions and those seeking emergency care who had to divert to other hospitals because of these hoax threats.”

News of a possible arrest over the bomb threat has been bubbling all week. Conservatives and Libs of TikTok’s supporters have tried to claim that it was actually a hoax perpetuated by liberals in an effort to make them look bad.

But Federal Election Commission (FEC) and online records indicate that Leavy is a Trump supporter.

FEC records show that a Catherine Leavy of Westfield, Massachusetts donated 237 times to Trump and the Republican Party since 2016.

An Instagram account in her name, that matches images of a LinkedIn profile, follows two verified accounts associated with Trump, one of his sons, the White House account for his administration, former Vice President Mike Pence, and Fox News.

News of Leavy’s arrest and purported support for Trump and Republicans affirmed what many have insisted—that a conservative was behind the alleged bomb threats.

“She appears to be a serial Trump/GOP campaign donor,” tweeted @LorenCrowe. “But I’m sure Libs of TikTok and Christopher Rufo are going to keep claiming this was all a false flag.”

Raichik insists she isn’t responsible. Following Leavy’s arrest, but before she was named, she tweeted that it is “great news.” “We’re grateful the FBI tracked this person down,” she added.

But just yesterday, she set her sights on a healthcare provider.