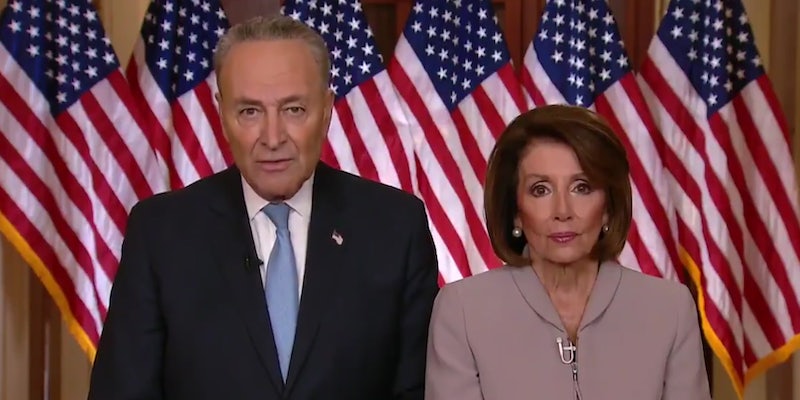 There were lots of jokes.

Schumer and Pelosi argued that the border wall Trump wants—which is at the center the government shutdown—would be ineffective and instead urged the president to stop the shutdown and discuss the wall in the future.

“The symbol of America should be the Statue of Liberty, not a 30-foot wall,” Schumer said.

Before the two Democrats offered a rebuttal, the president argued that there was a “humanitarian and security crisis” at the country’s southern border.

However, the image of the two Democratic leaders standing next to each other lent itself to jokes from people watching.

"Of COURSE your father's upset about the car, but the important thing is you're safe and nobody got hurt." pic.twitter.com/KKkd67FZTv

Chuck Schumer’s forehead is the physical barrier Trump is pining for. https://t.co/KzyQI7DVna