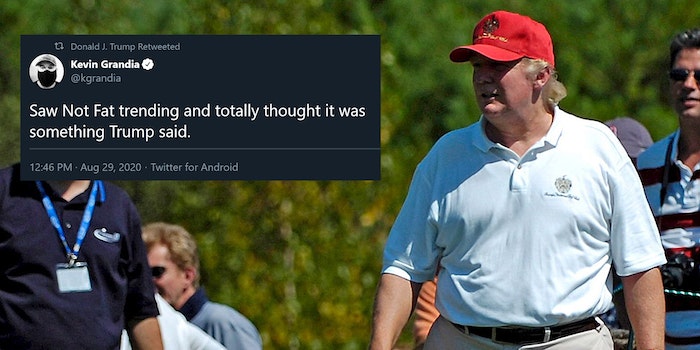 Why did Trump retweet someone calling him ‘not fat?’

In the wake of startling revelations by journalist Bob Woodward about President Donald Trump’s handling of the coronavirus, POTUS responded this morning by tweeting. A lot.