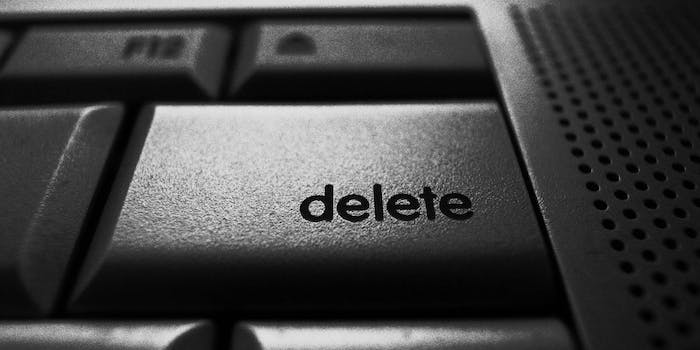 One does not simply remove something from the internet...

Donald Trump‘s promise to ban all Muslims from entering the United States was quietly removed from his website while American’s headed out to vote.

The webpage, which was available on the morning of Election Day, was published in December 2015. It echoed comments the president-elect had made during his early campaign. By the time the polling stations had closed, however, it was gone.

The original URL to that page redirected to Trump’s homepage—although it has since been restored in the hours after this story first published.

“The website was temporarily redirecting all specific press release pages to the homepage. It is currently being addressed and will be fixed shortly,” the Trump campaign said in a statement to the Washington Post.

Internet archives provide a library of cached websites that have been repeatedly and automatically crawled. One such cache is the Wayback Machine. On it, Trump’s Muslim immigration webpage is still available to read. Here it is time-stamped on election day at 8:52am:

Then on the follow-up crawl, time-stamped that same day at 23:43pm, resulted in a redirect:

Update 2:11pm CT, Nov. 10: The press release about the Muslim ban has now been restored to Trump’s site. We have updated our headline to include the new information.