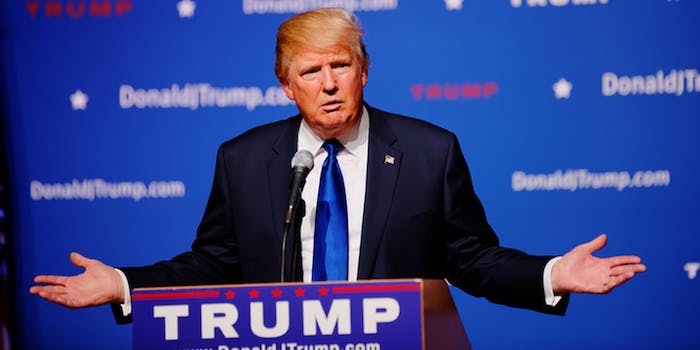 Another day, another chaotic rally.

As Donald Trump inches closer to clinching the Republican nomination, more and more protesters are showing up to his rallies. Last night in Salt Lake City was no exception.

While Trump’s speech was allegedly not disrupted, reports claim protesters did block the doors of the venue for 15 minutes.

NEW VIDEO: anti trump protesters and police getting rough with each other in Salt Lake City. Sorry it's shaky pic.twitter.com/cgFwyF8zce

Police moving in to separate the Trump protesters and the Trump supporters pic.twitter.com/tfRefmIZga

Hundreds of protesters chanting "our streets" as Trump motorcade pulls up to rally venue in Salt Lake City, UT pic.twitter.com/XaDReIdJH3

Trump also questioned Mitt Romney‘s faith in his home state, after Romney said on Facebook that he’s voting for Ted Cruz. He stated: “Today, there is a contest between Trumpism and Republicanism. Through the calculated statements of its leader, Trumpism has become associated with racism, misogyny, bigotry, xenophobia, vulgarity and, most recently, threats and violence. I am repulsed by each and every one of these.”