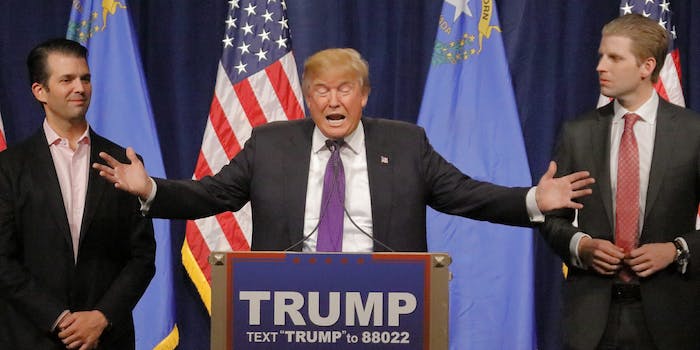 The attack came as the FBI continues to investigate ties between the Trump campaign and Russia.

The FBI is investigating an attempted cyberattack on the Trump Organization, ABC News reported on Friday.

The meeting took place at the FBI’s headquarters in New York on May 8, ABC reported, one day before Trump surprisingly fired then-FBI Director James Comey.

The cyberattack is believed to have originated overseas, according to the report.

Eric Trump declined to confirm or deny that he met with the FBI when contacted by the television station, but he added that the attack was not successful.

According to former FBI official and ABC News contributor Richard Frankel, having the FBI investigate an attempted cyberattack—and subsequently grant them access to the organization’s digital files and network—could carry some risks.

“There could be stuff in there that they do not want to become part of a separate criminal investigation,” Frankel said.

ABC said officials believed the discussion between the Trump family and the FBI centered on “a suspected hack of computer systems used by the international real estate holding company.”