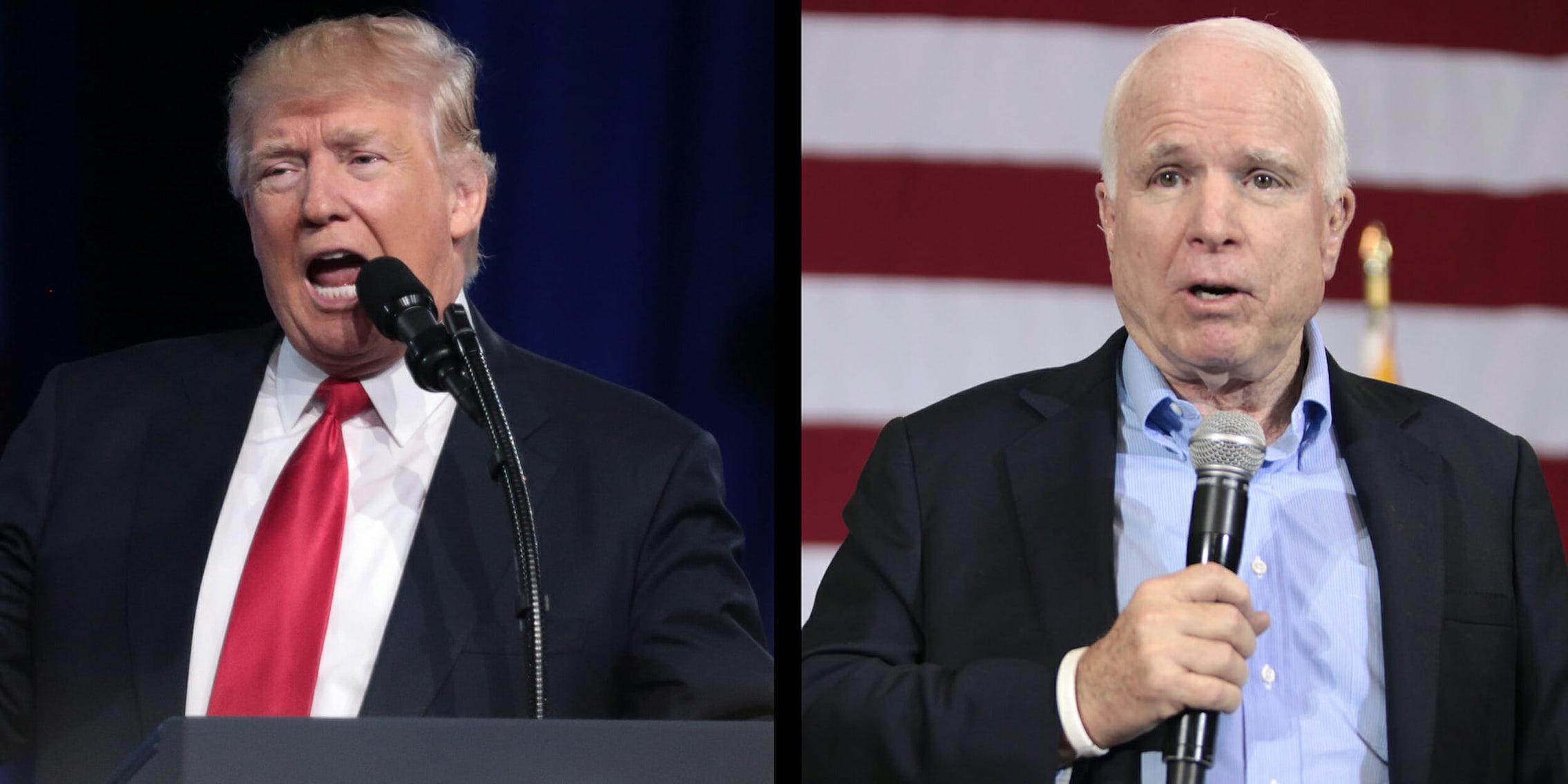 The internet wasn't happy with it.

The American flag that flies above the White House was at full staff on Monday—shortly after it was lowered in honor of Sen. John McCain (R-Ariz.) after his death.

As ABC News reports, the flag was lowered for less than two days. Raising it so quickly was a break in precedent with other notable deaths, and is being seen as a petty slight by the president in his feud with a deceased man.

The White House flag is not flying half staff today. The US Capitol flag is pic.twitter.com/YBcoLXcNiw

The raising of the flag also comes as the Washington Post reports that President Donald Trump decided not to issue an official statement about McCain’s death despite calls to do so from several high-level administration officials.

However, Trump did tweet about McCain’s death on Saturday, saying that his “deepest sympathies and respect” went out to the senator’s family.

The sight of the flag being at full staff above the White House did not sit well with many people on Twitter, who made their thoughts known loud and clear. Some believe that as a tribute, flags should remain at half-staff until the deceased is interred.

If you're surprised at all that the Trump White House would do the absolute bare minimum required by law when it comes to the flag being lowered to honor Senator McCain, you clearly have no concept of the kind of petty man that sits in the Oval Office.

Flag at the White House flying at full-staff this morning, days before the burial of Sen. McCain. But please, Trump administration, feel free to continue the indignant lecturing of NFL players about respecting the flag and what it stands for.

Why is anyone surprised that Trump ordered the WH flag raised? Trump despised McCain. And whereas McCain strove for high-mindedness, Trump has perfected the politics of the low.

John McCain is not yet even buried. His body is to lie in state at the Capitol. Yet the White House is now flying the flag at full staff.

A new low, even for Trump. What a disgusting POS.

President Trump's refusal to fly the White House Flags at half staff in honor of the death of Senator McCain until his body reaches final resting place as is tradition speaks volumes about the selfish, vindictive nature of this President.
So sad for our nation.

Fairly striking image — all of the flags surrounding the Washington Monument are at half-staff, though the flag atop the White House was raised to full staff just after midnight. pic.twitter.com/BwKRbqKk0G

However, others have noted that there is a code for flags flying at half-staff for the death of members of Congress.

Flags are still lowered in McCain's honor at the U.S. Capitol and on the National Mall this morning.

U.S. Code says: "The flag shall be flown at half-staff … on the day of death and the following day for a member of Congress." pic.twitter.com/tIJkB8txpP

Outpourings of emotion online in the wake of McCain’s death came almost immediately, with former President , Joe Biden, Hillary Clinton, and others offering the condolences.

Update 3:14pm CT, Aug. 14: On Monday afternoon, the president released a statement where he said he has signed a proclamation to fly the flag at half-staff until McCain’s internment “despite our differences on policy and politics.”

The president also said several members of his administration will attend McCain’s services. The White House flag was re-lowered to half-staff this afternoon.