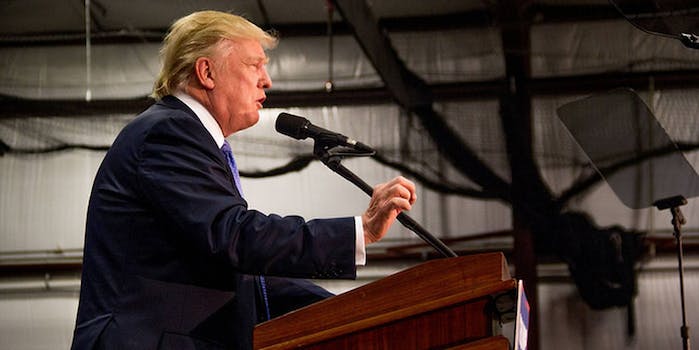 Trump 'worked like hell to try and pick her up.'

In January 2009, Donald Trump wrote a blog post to express his condolences to Kelly Preston after her 16-year-old son, Jett, tragically died after suffering a seizure.

Or at least, that’s what you would assume he’d do with a post titled “Loyalty and Kelly Preston,” published four day’s after Jett’s death on his now-defunct Trump University site. But really, it’s a post about the Republican presidential candidate’s attempts to sleep with the actress, who was married to John Travolta—unbeknownst to Trump at the time.

“A long time ago, before I was married, I met Kelly Preston at a club and worked like hell to try and pick her up. She was beautiful, personable, and definitely had allure,” Trump wrote. “In any event, my track record on this subject has always been outstanding, but Kelly wouldn’t give me the time of day. She was very nice, very elegant, but I didn’t have a chance with her, and that was that.” 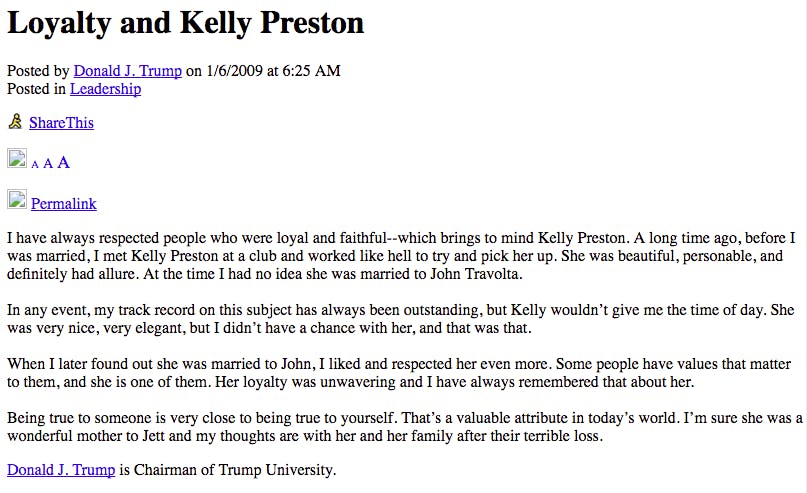 I’m not sure what’s more appalling: that Trump had to clarify his track record before conceding that a model wouldn’t sleep with him, or that he thought this was an appropriate way to praise someone’s “loyalty” or console a grieving parent.

If you’re not following Mother Jones’ Trump Files, set your bookmarks now. The investigative site is revealing gems like this on a daily basis.