The Trump administration removed the page minutes after the inauguration.

Internet Archive records show that “The Judicial Branch” page, reported missing from the WhiteHouse.gov website, was removed only minutes after Donald Trump was sworn in as the 45th president of the United States—and it took more than a week to reappear.

The missing page was noticed earlier by Paul Soulellis (@soulellis) on Twitter:

The Internet Archive’s Wayback Machine, which saves dated copies of web pages, shows that “The Judicial Branch” page was accessible until the very last minutes of the Obama White House, as archived on Jan 20, 11:15am ET. 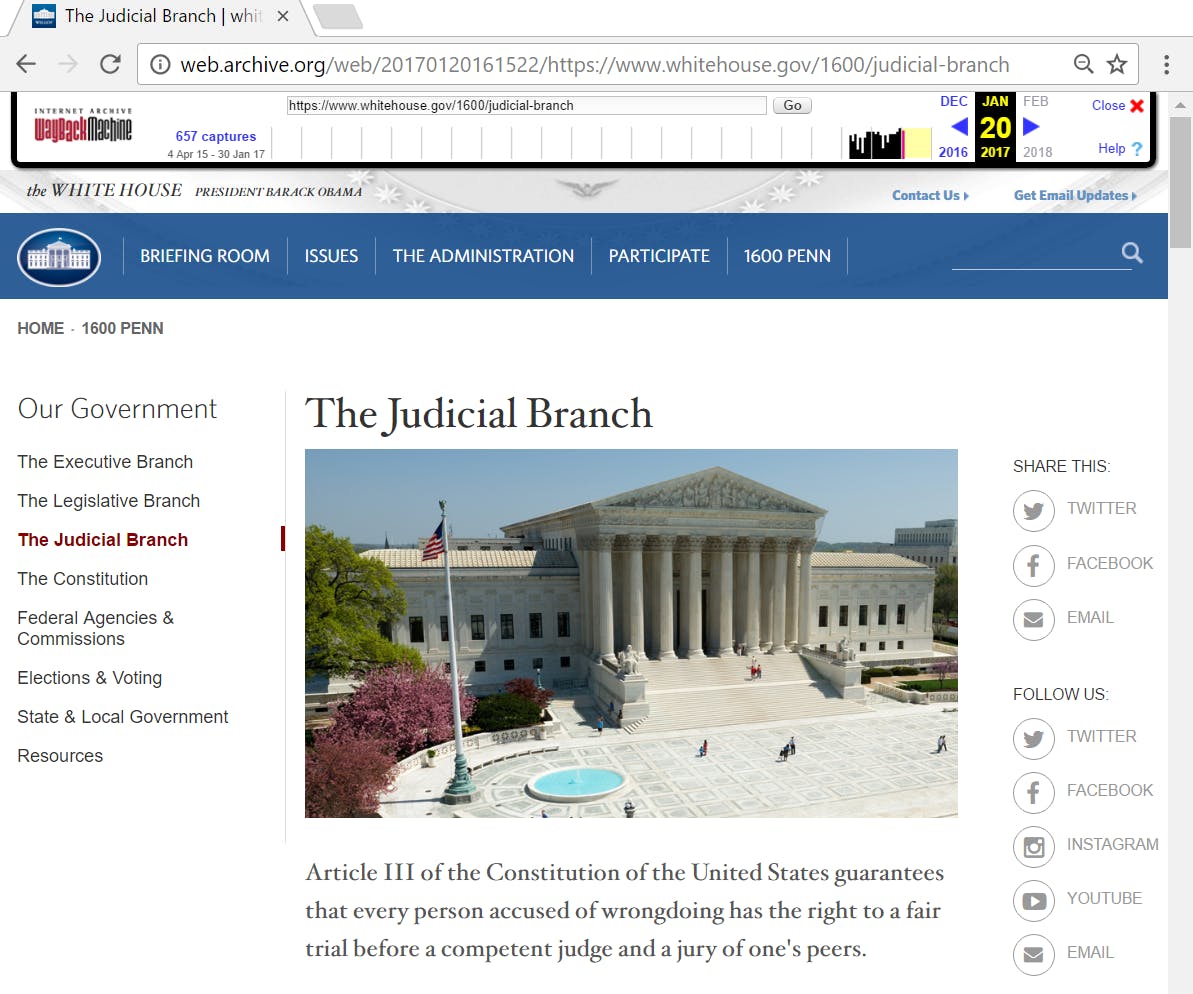 Right after the transition, “The Judicial Branch” page, archived at 12:24pm, displayed an “Access denied” error to visitors.

The very first digital copy of the Trump White House home page, archived on Jan 20, 12:01pm —merely two minutes after Trump took the oath of office—shows the “The Judicial Branch” removed completely from the “Our Government” menu on the White House website. 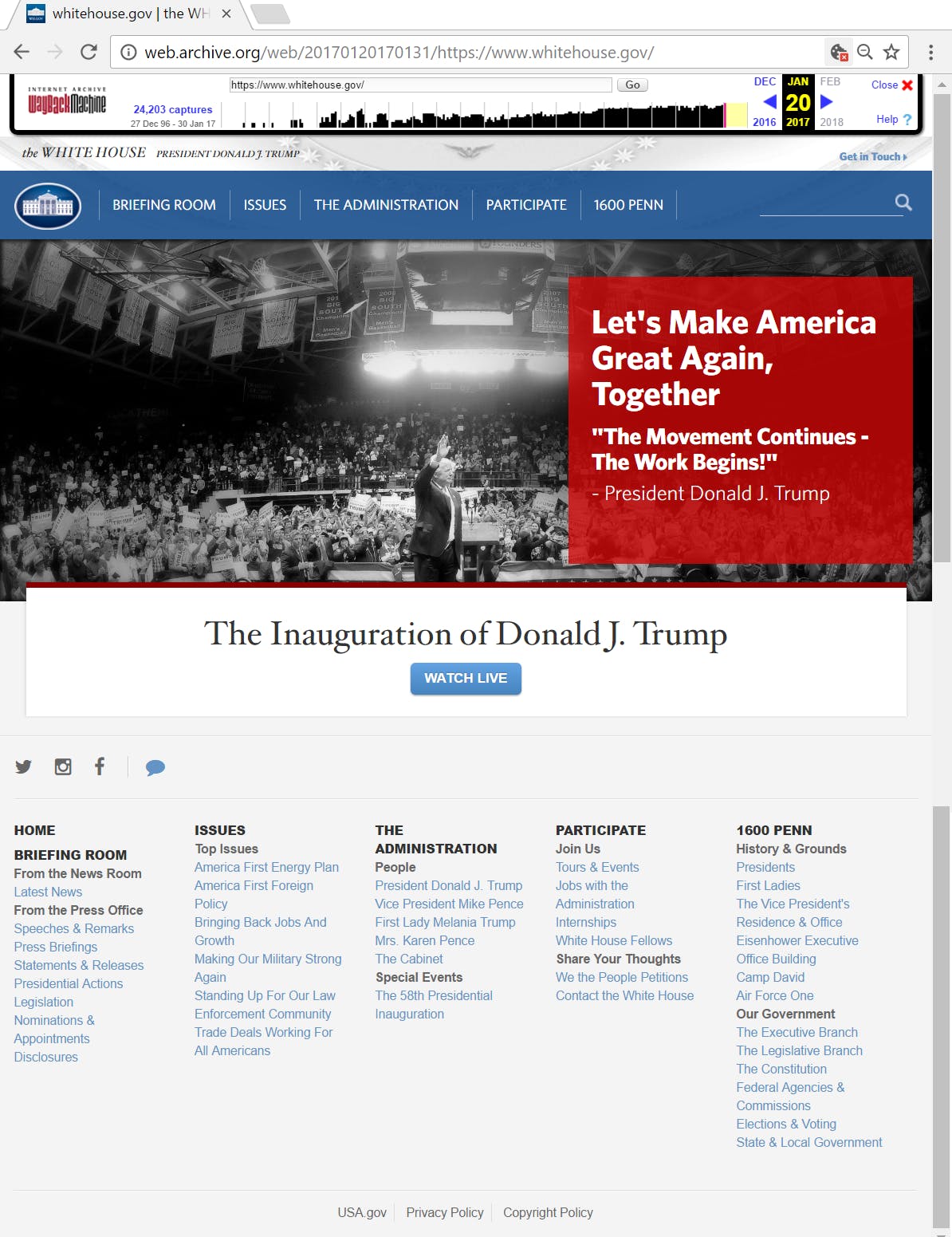 On the evening of the inauguration, as archived on Jan 20, 8:23 pm, the page showed a generic 404 error: “Sorry, the page you’re looking for can’t be found.” 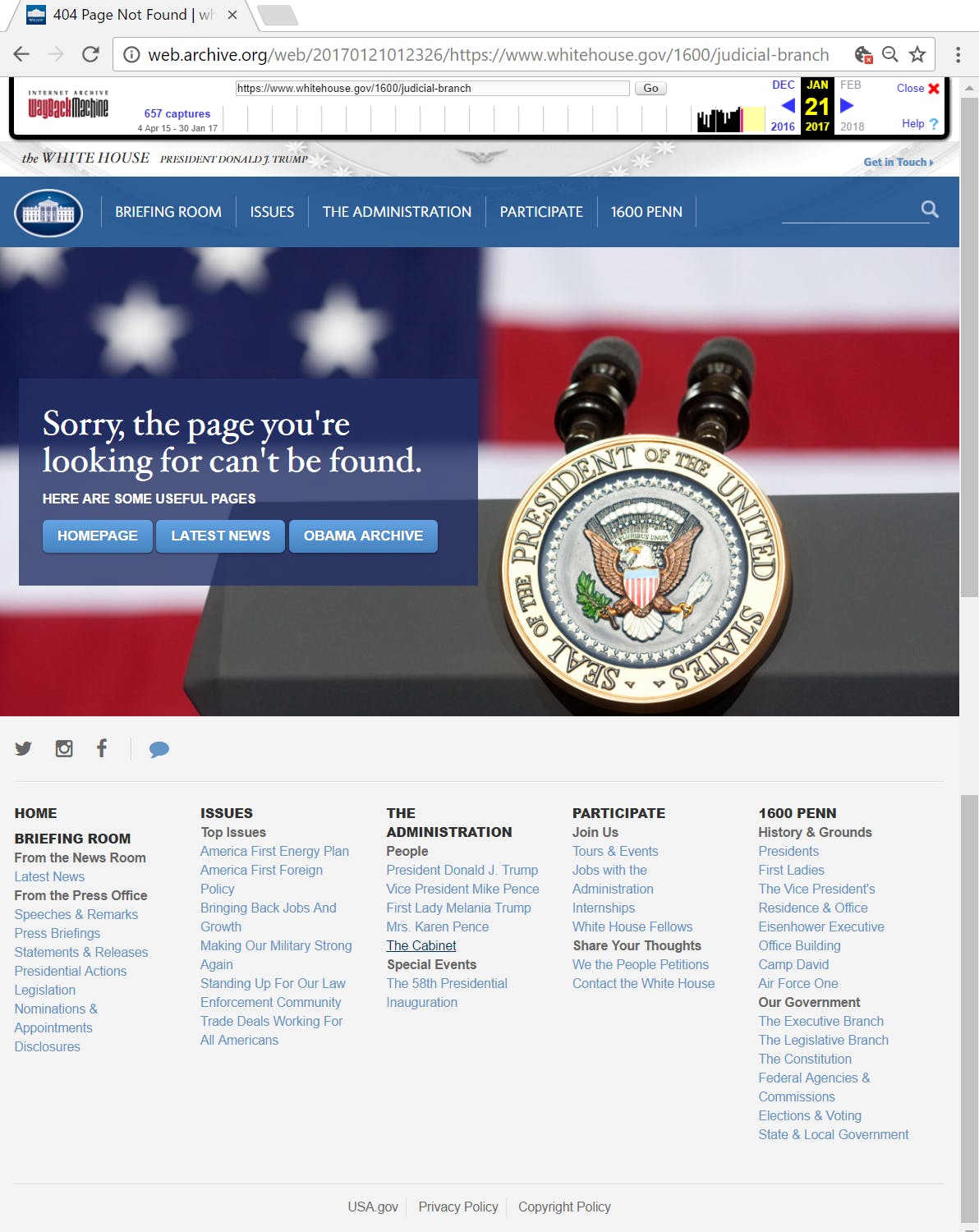 And later, the Trump White House website displayed the following note on what was previously “The Judicial Branch” page: “Thank you for your interest in this subject. Stay tuned as we continue to update whitehouse.gov.” 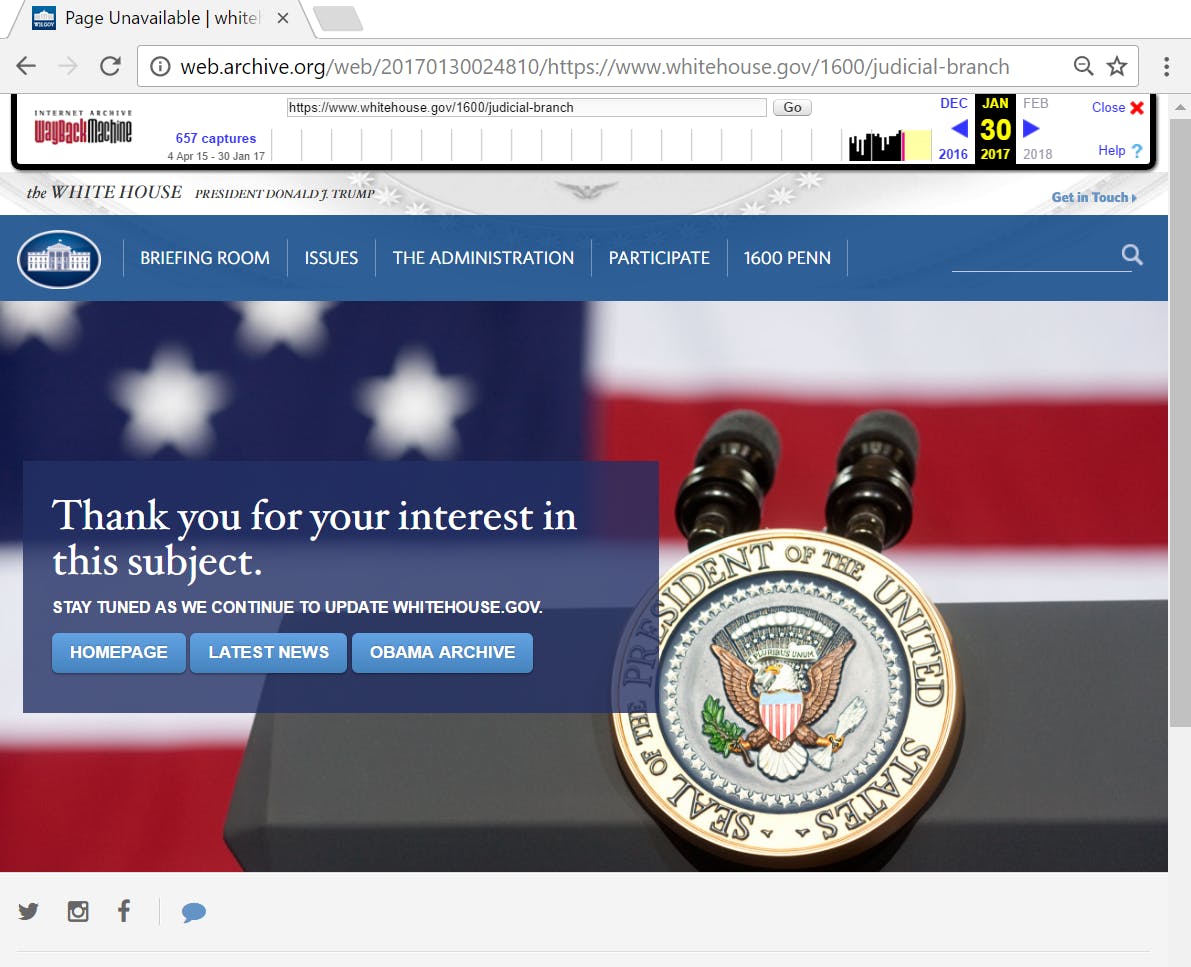 “The Judicial Branch” page was finally brought back on Jan. 30, 10:59am with no differences from the previous version.

The removal of the “The Judicial Branch” page made headlines given the New York federal judge’s halt to the deportation of two Iraqi nationals by Trump’s immigration ban. Yet, a White House spokesperson claimed “the order remains in place,” underlining the other limitations, such as travel ban and admissions, listed in the executive order.

There are more pages missing from the bottom menu of the WhiteHouse.gov, such as civil rights, climate change, empowering women, LGBT and equal pay. But these were the issues that the Obama administration had been promoting. They are now replaced by issues highlighted during Trump’s campaign.

All content from the Obama White House website archive, as well as Obama’s social media posts, have been preserved by the National Archives and Records Administration (NARA). NARA considers Trump’s tweets, including those from his personal account, as presidential records and will preserve them, but it is unclear whether they will keep the misspelled or deleted ones, too.