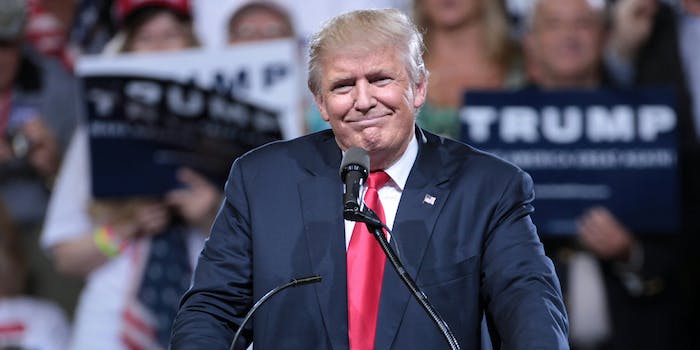 Trump’s net worth on Forbes list drops by $600 million

President Donald Trump‘s net worth over the last year has decreased by $600 million, according to the new Forbes 400 list.

This annual list of the richest Americans placed Trump as the 248th richest person in the nation, as compared to being ranked 156 on the 2016 list. Trumps’ current net worth is $3.1 billion—last year it was $3.7 billion.

Forbes described Trump as being “the most notable loser,” saying his decrease in wealth was due to “a tough New York real estate market particularly for retail locations, a costly lawsuit, and an expensive presidential campaign.”

Forbes gives Trump a five out of 10 for its “self-made score,” placing him at “the basic level” of someone who inherited some of their fortune. Trump was the first billionaire president of the United States, with most of his fortune in buildings he owns around New York City. Trump also owns golf courses and a winery, and has licensed his name to companies around the world.

For the 24th consecutive year, Bill Gates remains at the top of the list with a net worth of $89 billion. Amazon’s Jeff Bezos sits at No. 2 on the list and Facebook’s Mark Zuckerberg comes in as the fourth wealthiest. Snapchat’s Evan Spiegel is the youngest on the 400 list, and Walmart’s Alice Walton is the richest woman.

Forbes said this list was another record year with a total increase of $2 billion among this elite group of Americans.