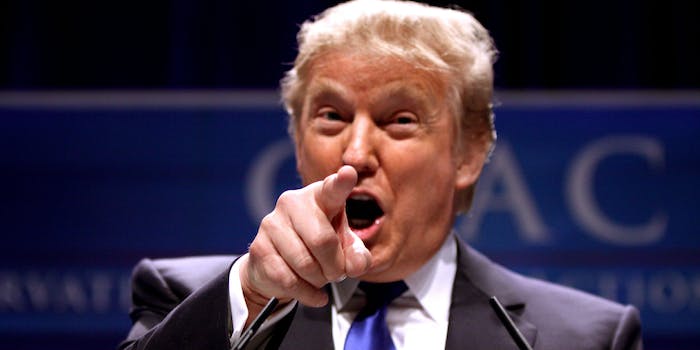 More than 80 percent of the U.S. territory remains without electricity.

In a series of tweets, Trump condemned Puerto Rico’s government for a financial crisis “largely of their own making” and called the island territory’s infrastructure a “disaster” unable to withstand the effects of Hurricane Maria, a category 4 storm that devastated Puerto Rico late last month.

“‘Puerto Rico survived the Hurricanes, now a financial crisis looms largely of their own making.’ says Sharyl Attkisson,” Trump tweeted, quoting the investigative journalist. “A total lack of….. …accountability say[s] the Governor. Electric and all infrastructure was disaster before hurricanes. Congress to decide how much to spend…”

As of Thursday morning, more than 80 percent of the U.S. territory remains without working electricity, including 43 hospitals, and 36 percent of residents do not have access to running water, according to Puerto Rico’s government.

At least 45 people have died as a result of Hurricane Maria, the government says, and at least 113 people remain missing.

Despite Trump’s scolding tone on Twitter, which echoes earlier statements he made while visiting Puerto Rico, his administration has moved to alleviate some of the territory’s infrastructure problems.

The House of Representatives on Thursday will vote on a $36.5 billion disaster relief bill meant to aid areas of the United States impacted by a series of catastrophic hurricanes, reports CNN. The bill includes a $4.9 billion loan Puerto Rico can use to rebuild its infrastructure.