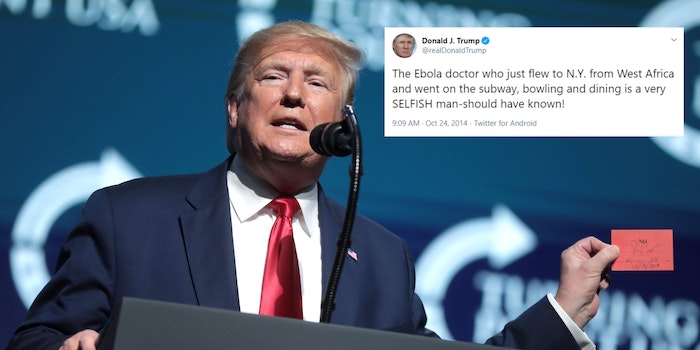 Resurfaced Ebola tweets show that Trump has ignored his own advice

He had harsh words for someone traveling to Cleveland, which is exactly what he did.