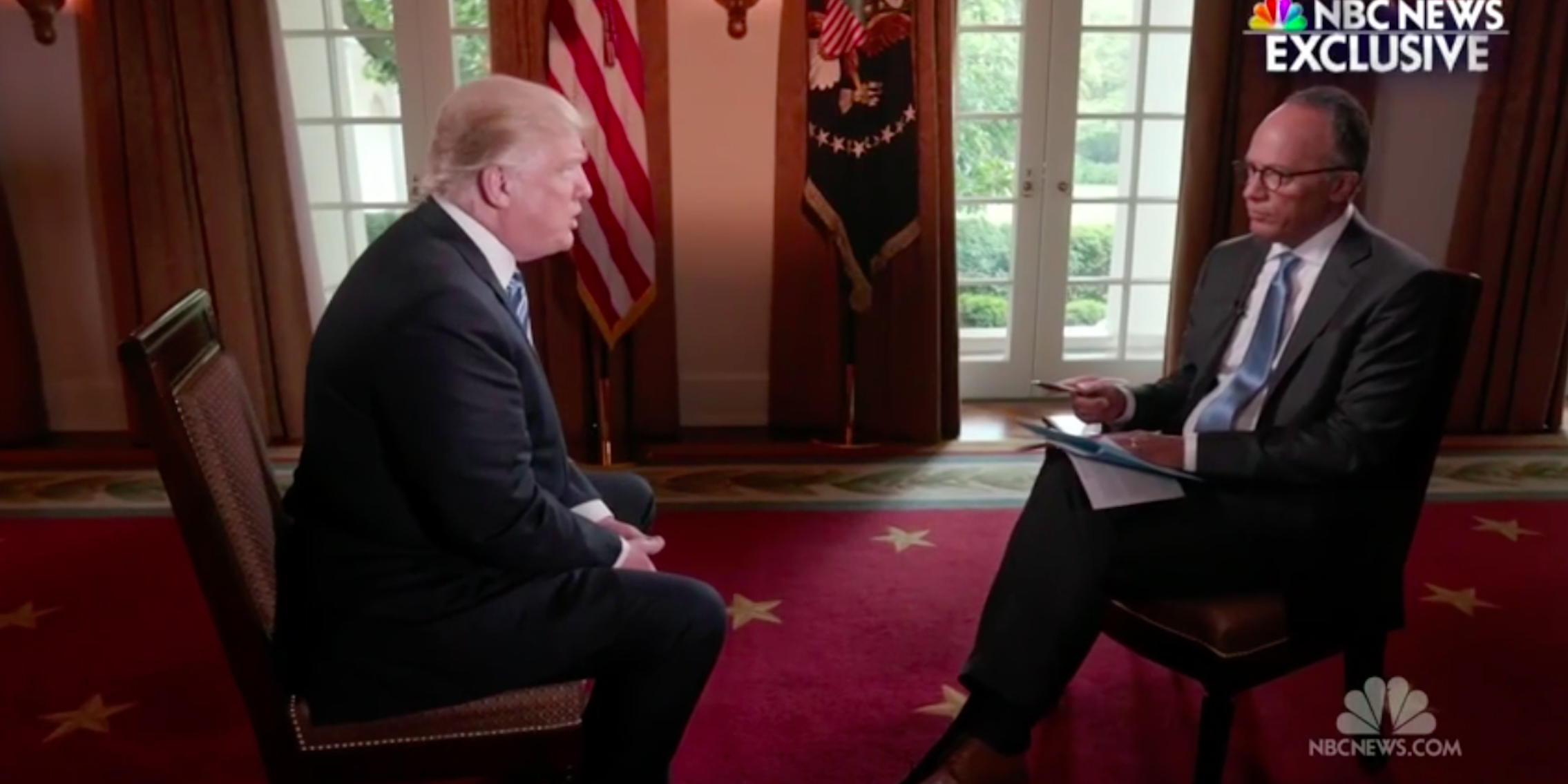 Trump did not hold back.

President Donald Trump denied collusion with Russia in an interview on Thursday with NBC’s Lester Holt, while defending his decision to fire FBI Director James Comey.

“He is a showboat. He’s a grandstander,” Trump said of Comey. “The other thing is, the Russians did not affect the vote, and everybody seems to think that.”

The New York Times on Thursday reported that Trump demanded loyalty of Comey in a January dinner, and that the former FBI director only promised “honesty.”

During the interview Trump said he had been previously told by Comey that he was not under investigation, a total of three times, Trump said. But Comey publicly confirmed in March that the FBI was in fact conducting its investigation into potential coordination between Trump’s campaign and Russia.

Trump blamed the Democrats for making up the story about potential Russian collusion with his campaign.

In the official letter Trump wrote to Comey upon firing him, the president said: “I have received the attached letters from the Attorney General and Deputy Attorney General of the United States recommending your dismissal as the Director of the Federal Bureau of Investigation. I have accepted their recommendation and you are hereby terminated and removed from office, effective immediately.”

“This man [Flynn] has served for many years, he’s a general, he’s a—in my opinion—a very good person,” Trump said. “I believe that it would be very unfair to hear from somebody who we don’t even know and immediately run out and fire a general.”