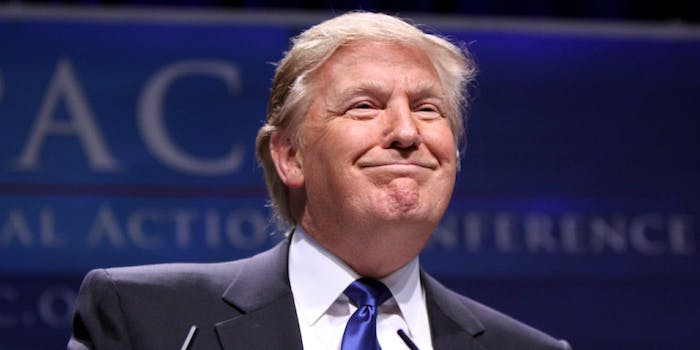 As the news emerged Friday that President Donald Trump would be temporarily suspending the longest government shutdown in U.S. history, social media users on both sides of the political spectrum—but especially the far-right—declared Trump a “cuck.”

The decision to reopen the government came after news of airport halting operations. But the president has been sparring for weeks with Senate Minority Leader Chuck Schumer (D-N.Y.), and House Majority Leader Nancy Pelosi (D-Calif.) over the shutdown, the result of disagreements over funding for a U.S.-Mexico border wall.

Many of the users appeared to be former Trump supporters.

Trump is taking a very long time to say, "I'm a cuck who got rolled by Nancy Pelosi"

That simply doesn’t hold up to the facts. Isn’t Dana Bash on CNN? I thought everything they said was “fake news”? Is that only true when you don’t agree with them? President Cuck, I mean Trump, got humiliated today. He got a beat down from the likes of Pelosi and Cryin Chuck! pic.twitter.com/a2bWNmZgha

Turns out that despite being beloved by the self-proclaimed alpha males of the Far Right, Donald Trump is the biggest cuck of all.

Trump announced Friday that the federal government will remain open until Feb. 15. He said if a deal isn’t made by then, he will declare a national emergency to build a border wall.