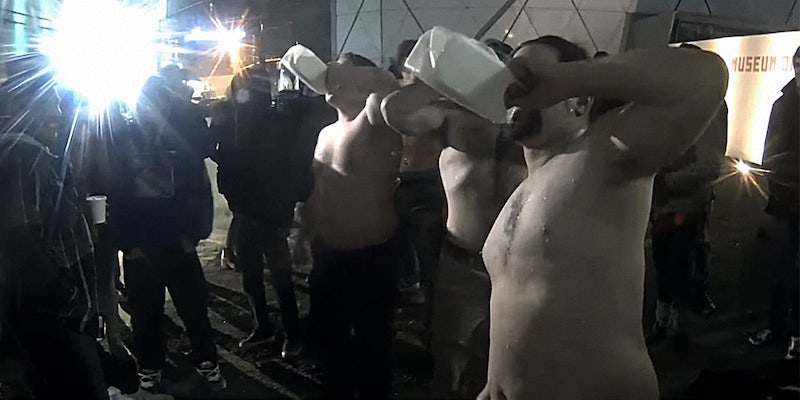 A “soy boy” is a feminine or physically weak man, and it takes its name from the belief that soy products increase estrogen levels in men, effectively “feminizing” them. Although this might not actually be supported by the clinical evidence, the manly men of the “alt-right” have seized on it to criticize their opponents’ “soft bodies.” Besides, soy is associated with vegetarianism, which doesn’t fit in with the cartoonish masculinity these internet agitators favor.

The “alt-right” has long been marked by body-image issues and the need to present as physically dominant. In the same way that calling someone a “cuck” projects sexual and racial insecurity, calling someone a “soy boy” projects concerns about one’s own physical fitness and masculinity.

Will Sommer, who covers the new conservative “alt”-media in his Right Richter newsletter, writes that “‘soy boy’ seems more about fears of internal weakness, and a distrust of the food supply and the rest of the modern world.” He even describes conservatives warning against “cucking your diet” by consuming soy.

Popular personality Mike Cernovich, who makes working out and adopting “alpha” postures part of his own “Gorilla Mindset,” has been deploying “soy” as an insult on Twitter for months. It’s not clear whether he started it—James Allsup, the college student caught protesting with white supremacists in Charlottesville, has claimed credit—but Cernovich seems to have popularized it.

They particularly like throwing at at some of the left’s favorite celebrities.

“Soy boy” is now used in “identitarian” spaces like 4chan’s /pol/ (where a recent thread asked “How do we deal with the soy boy epidemic?”), “alt-right” Twitter alternative Gab, and the subreddit for canceled right-leaning comedy show Million Dollar Extreme.

According to Google Trends, the insult hasn’t caught on in the mainstream the same way “cuck” has. “Cuck” eventually became a joke used to sarcastically skewer the “alt-right,” making it more popular but taking away its power to offend. Now, Google searches for “cuck” are in decline. Awareness of “soy boy” is still low outside of right-leaning communities, but it could follow the same trajectory if it goes mainstream.