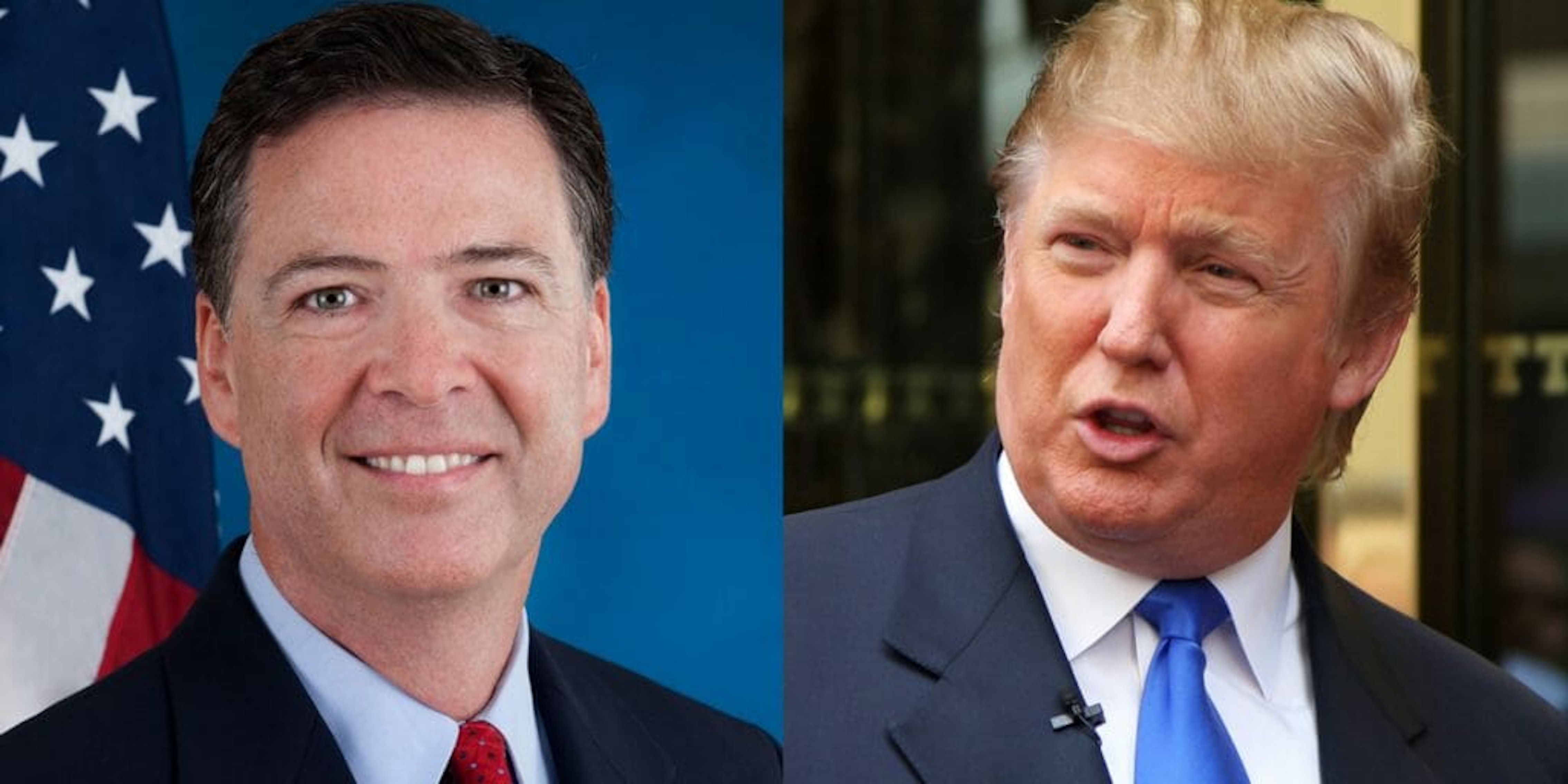 Trump also said firing Comey relieved "great pressure" off of him, according to the New York Times.

The quotes from Trump come from a White House document based on notes taken from a meeting Trump had with Russian Foreign Minister Sergey Lavrov and Russian Ambassador Sergey Kislyak in the Oval Office, according to the New York Times.

“I just fired the head of the FBI. He was crazy, a real nut job,” Trump said, according to the document. “I faced great pressure because of Russia. That’s taken off.”

The document was read to the Times by one official, and a second official confirmed broad strokes of the discussion, the newspaper said.

White House Press Secretary Sean Spicer did not dispute the account of the meeting when contacted by the Times.

“By grandstanding and politicizing the investigation into Russia’s actions, James Comey created unnecessary pressure on our ability to engage and negotiate with Russia,” Spicer said in a statement to the newspaper. “The investigation would have always continued, and obviously, the termination of Comey would not have ended it. Once again, the real story is that our national security has been undermined by the leaking of private and highly classified conversations.”

The meeting between Trump, Lavrov, and Kislyak has been the epicenter of several controversies to strike the White House in the last two weeks.

The meeting was held shortly after Trump fired Comey, the head of the agency conducting an investigation into possible ties between his campaign and Russia and whether Russia interfered with the 2016 presidential election.

Trump allegedly tried to have Comey end the investigation into former National Security Adviser Michael Flynn, the Times reported, according to a memo written by the former FBI director.

The Department of Justice this week appointed a special counsel, former FBI Director Robert Mueller, to investigate any possible collusion between the Trump campaign and Russia and whether Trump is guilty of obstruction of justice for firing Comey amid the FBI’s investigation.