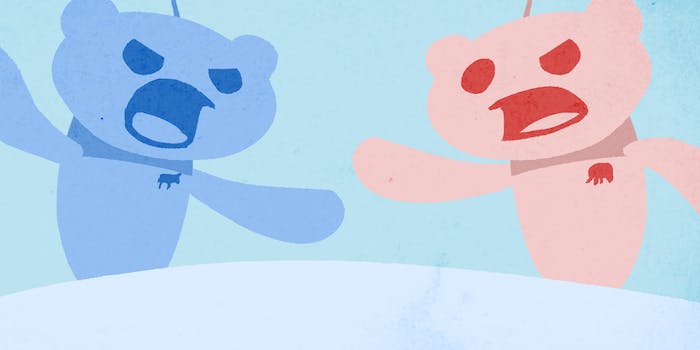 There's one word that appears more than any other, and it's definitely NSFW.

Donald Trump and Hillary Clinton supporters are not as different from one another as you might think.

A new study from Grammarly that analyzed the words used in the largest Reddit communities for the Republican and Democratic presidential nominees showed high levels of similarity between what each candidate’s supporters wrote in comments. There was, however, one big-ass difference.

While Clinton supporters used the word “shit” in just 1.76 percent of comments, Trump’s base used it in 4.46 percent of comments. “Fuck” also appeared more frequently, with 1.8 percent of Clinton community comments and 5.61 percent of Trump community comments graced with the F-bomb. In fact, fuck was used more often than “Clinton” in both communities combined. (“Hillary” is by far the preferred name for the Democratic nominee.) And it was the most used word overall after “Trump” and “Hillary.”

The word “bitch” does not come up often in either community, appearing in just 0.11 percent of Clinton comments and 0.56 percent of Trump comments. 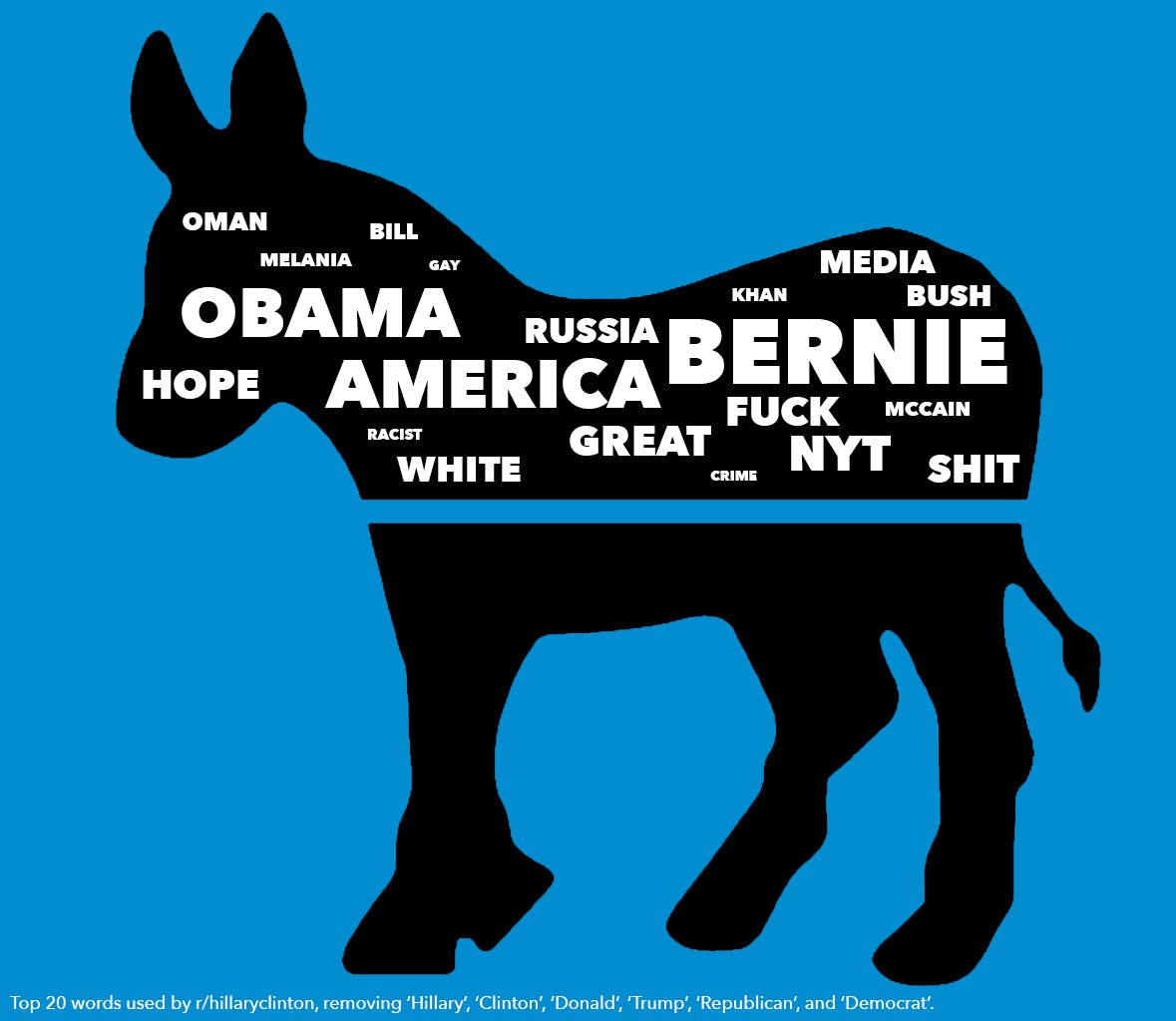 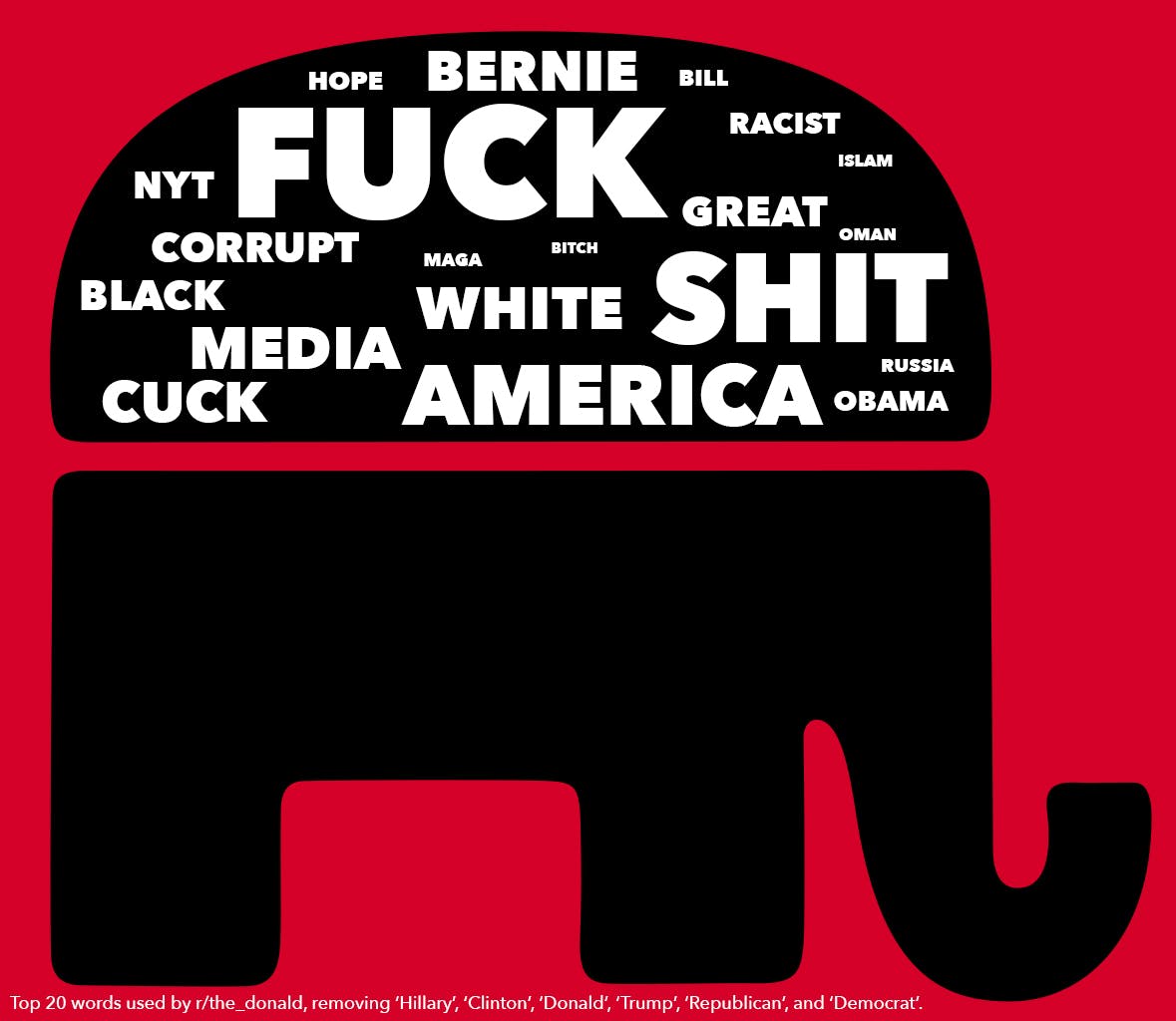 While making these mistakes, the two communities discussed a range of issues, many of them overlapping between the two groups. “Crime and safety” topics like police and prisons were the most discussed by Trump supporters, but only the third most discussed topic in Clinton’s community, where foreign policy topics took the top slot. The economy was the second most popular topic among Clinton supporters, but it didn’t even make the top five in Trumpland. Both communities regularly discussed immigration, national security, and guns.

When Clinton supporters talk about Trump, they most often call him “shameful” and “offensive.” Trump supporters, meanwhile, call Clinton “crooked” and “corrupt.”

There is one phrase that both communities use to talk about the other’s candidate of choice: “America’s demise.”