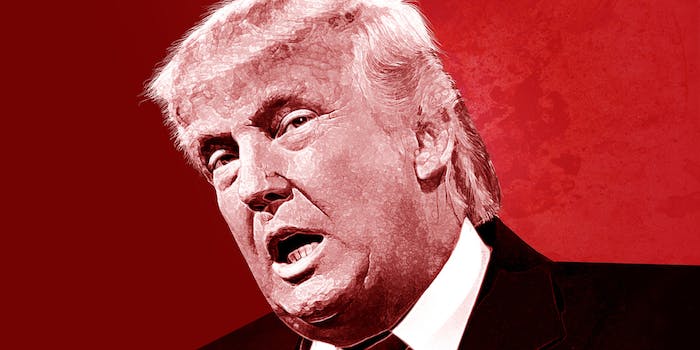 Is Donald Trump about to learn what losing feels like?

Is the Donald Trump show coming to a close?

After months of Trump building and maintaining a shocking lead over his Republican 2016 rivals, Dr. Ben Carson is now statistically tied for the lead in the race in a New York Times/CBS News poll published on Tuesday.

On prediction markets, which are known for their accuracy, Trump is still trailing behind competitors like former Florida Gov. Jeb Bush and Sen. Marco Rubio (R-Fla.).

Trump has been in the national lead among Republicans since late July, but over the last three weeks, Carson surged to number two as support for candidates like Bush and Wisconsin Gov. Scott Walker plummeted.

In most polls, Carson is still trailing Trump. Still, the new poll, which shows the pair as statistically tied (23 percent for Carson, 27 percent for Trump, with a margin of error of +/- 6 points), makes more plausible the possibility that purposefully quiet Carson’s challenge just may triumph over Trump’s notoriously loud run.

One key number from the poll, however, shows the race is far from over. Only 37 percent of Republicans said they’d decided on a candidate.

The new poll was conducted from Sept. 9 to 13, making it the newest piece of evidence of Carson’s rise. Primaries begin in five months with the Feb. 1, 2016, Iowa caucus.