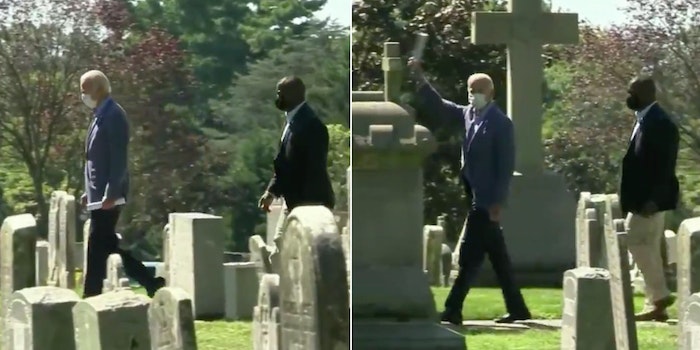 Trump was golfing at the time.

President Donald Trump’s campaign managers are no strangers to taking cheap shots at 2020 Democratic nominee Joe Biden. But one member of the campaign arguably reached a new low on Sunday by mocking Biden while he was visiting the grave of his late family members.