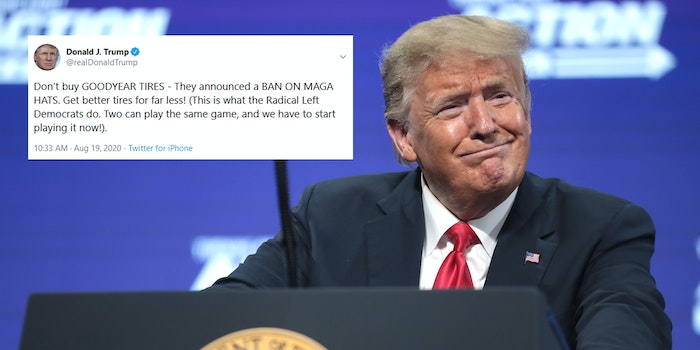 Trump calls for boycott of Goodyear over MAGA hat ban

Goodyear said the visual that sparked Trump's calls for a boycott wasn't made by the corporate company.

President Donald Trump has called for a boycott of Goodyear Tire & Rubber Company after a viral photo showed a policy that banned employees from wearing MAGA hats and other political attire.