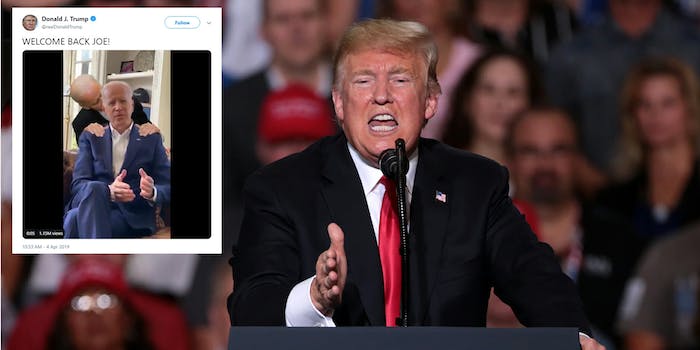 His son also noticed the video.

The president tweeted a video that shows Biden’s response to the allegations with images of him in the past superimposed over it touching him.

The video appears to be from an account that he’s retweeted before, according to the Daily Beast.

“WELCOME BACK JOE!” the president wrote, appearing to reference the likely 2020 presidential bid from Biden.

The video that Trump retweeted is taken from a video posted by Biden where he addressed the allegations and said he was trying to make a “human connection.”

However, many people have criticized the former vice president for not apologizing during it.