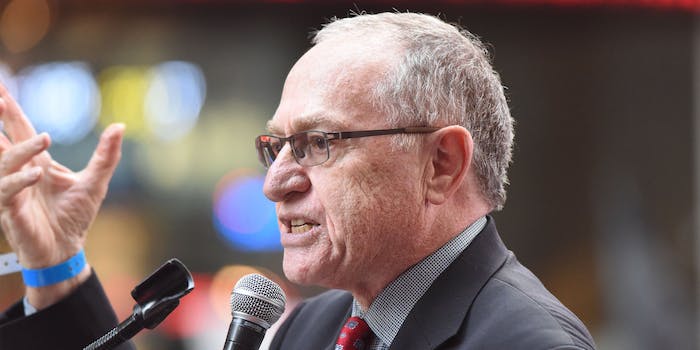 The president announced his defense team on Friday.

President Donald Trump announced his team of lawyers to defend him during the upcoming Senate trial over his impeachment on Friday, according to CNN.

Leading the pack is Ken Starr, who conducted the investigation into President Bill Clinton that led to his impeachment. Starr went on to head Baylor University but was forced to resign after overseeing a massive sexual abuse scandal, including unreported rapes by the school’s football team.

Also on this list is Alan Dershowitz. Dershowitz was part of O.J. Simpson’s legal team.

But Dershowitz has been in the news the past year, too. He was part of the legal team that helped secure Jeffrey Epstein’s plea deal last decade, which kept the notorious child sex trafficker from facing serious repercussions for his crimes.

Dershowitz has admitted he’s gotten massages at Epstein’s mansion in Palm Beach, Florida. When Epstein was indicted back in 2007, he was accused of recruiting underage girls to give massages and commit sex acts. Dershowitz, though, said his massages came from girls of legal age.

In 2019, Epstein was arrested again for child trafficking. Before he could go to trial, Epstein died by suicide, which has led to numerous conspiracies theories.