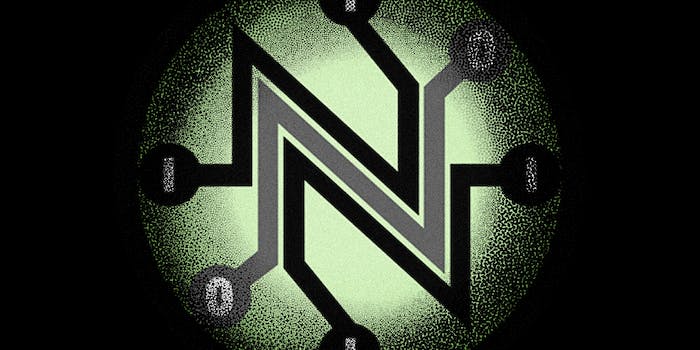 The Trump administration’s war on net neutrality has officially begun

Is this the beginning of the end for true net neutrality in the United States?

Republican Federal Communications Commission Chairman Ajit Pai on Wednesday unveiled his plan to dismantle a core principle of the open internet, setting the stage for the first great internet-politics battle of the Trump administration.

In a speech delivered at the Newseum in Washington, D.C., under the auspices of promoting “internet freedom,” Pai laid out a plan to dismantle the FCC’s 2015 net neutrality protections, which prevent broadband internet service providers (ISPs) like Comcast or Verizon from charging online content companies more to operate at full speed or from blocking content altogether.

Passage of the FCC’s Open Internet Order of 2015 was seen by open-internet advocates as a major unexpected victory. Pai’s vow to scrap it has been met with fierce and immediate condemnation from these same groups.

Net neutrality is a founding principle of the internet that stipulates that ISPs deliver all data to customers at the same speed for approximately the same cost. For example, this means Comcast cannot stream its own video app at high quality while reducing the quality of videos streamed over, say, Netflix or charge Netflix extra to deliver its service at normal quality levels. To achieve enforceable net neutrality protections, the FCC under the Obama administration reclassified broadband providers as so-called Title II common carriers under the Communications Act of 1934.

It is this regulatory switch to Title II classification that Pai says is stifling the broadband industry, reducing choice for consumers, and limiting competition—the same argument he made against the Open Internet Order as a commissioner when the FCC considered it in 2015. Pai also argues that there was no risk to net neutrality, open-internet principles, or free speech online prior to the FCC’s 2015 order.

“The FCC, on a party-line vote, decided to impose a set of heavy-handed regulations upon the internet,” Pai said in his remarks before a crowd at an event hosted by conservative group FreedomWorks. “It decided to slap an old regulatory framework called ‘Title II’—originally designed in the 1930s for the Ma Bell telephone monopoly—upon thousands of internet service providers, big and small. It decided to put the federal government at the center of the internet.”

Pai argues that rolling back Title II classification and the net neutrality protections that go with it will increase investment in broadband expansion, increase online privacy by re-empowering the Federal Trade Commission’s regulatory authority over broadband, and increase competition.

Internet freedom advocacy groups argue that Pai’s attempts to eliminate Title II classification for ISPs is simply a way to give these companies more opportunities to make money at the risk of reduced choice and openness online.

“Today’s announcement from President Trump’s FCC chair Ajit Pai is outrageous, but not surprising,” David Segal, executive director at online advocacy group Demand Progress, said in a statement. “Demand Progress and our 2 million members will fight Pai’s effort to dismantle net neutrality every step of the way, including a push to help drive over one million grassroots actions in opposition to his plan in the coming weeks.”

The American Civil Liberties echoed this sentiment and characterized Pai’s proposal as lacking any “defensible justification.”

“By proposing to arbitrarily reverse FCC’s 2015 decision to provide consumer protections against discriminatory ISP practices, Chairman Pai offers a slap in the face to the four million people who offered supportive comments to the original rulemaking adopting the protections,” Michael Macleod-Ball, chief of staff of the ACLU’s Washington Legislative Office, said in a statement. “There is no defensible justification for such a move and the speed with which the action is being taken belies the naked political calculation at play.”

Malkia Cyril, executive director of the Center for Media Justice, said net neutrality protections have expanded freedom of speech by allowing anyone’s online voice to be just as loud as the next person or corporation.

“The Internet, protected by the current net neutrality rules, has enabled the mothers of children killed by police to demand an end to police violence; it has enabled undocumented students to urge changes to our broken immigration system. It’s provided the opportunity for new Black voices in the arts to bypass Hollywood gatekeepers,” Cyril said in a statement. “That’s why we have so much to lose if Trump’s FCC Chairman, Ajit Pai, has his way.”

Pai anticipated this attack, calling the pro-free-speech argument against his proposal “a lie.”

“They will repeat it over and over again, but it’s just not true,” Pai said.

Paid will move forward with his plan, which he says it will be open to public comment, at the FCC’s May 18 meeting. “Make no mistake about it: This is a fight that we intend to wage and it is a fight that we are going to win,” Pai said.

Internet activists have already begun preparing their attacks, however, starting with digital rights group Fight for the Future launching a call-to-action site to contact members of Congress and FCC commissioners.

“The internet has given more people a voice than ever before. It’s the most powerful tool we have to expose corruption and hold governments and powerful institutions accountable,” Evan Greer, campaign director of Fight for the Future, said in a statement. “By attacking net neutrality, the basic free speech protections that have made the internet what it is today, Team Cable’s puppet chairman Ajit Pai is not just threatening the future of the Internet, but the future of democracy and freedom of expression. Hell hath no fury like the internet scorned. We’ll fight tooth and nail to defend net neutrality and keep the web free from censorship.”