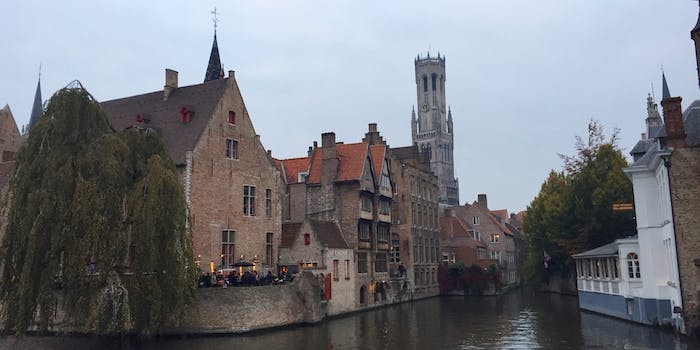 The apps I relied on during my European vacation

These apps got me through my trip to Europe.

I wanted to disconnect from everything during my recent trip to Europe. I deleted Twitter and Facebook from my phone, and only posted to Instagram to let friends and family know I was still alive.

But there were a handful of apps and services imperative to my vacation experience that I used every single day in order to figure out when, where, how and why I should be going to places in foreign cities I’d never been before.

The most surprising thing I learned on my trip was that Europeans seem to prefer Foursquare to services like Yelp. My friend in Amsterdam explained that his friends and colleagues rely on the location directory for planning dinners and nights out.

Foursquare used to be a check-in app that let you share your location with friends on social media. In 2014, it went through a major identity shift, removing the check-in completely and introducing a separate app called Swarm, effectively turning Foursquare into a sleeker version of Yelp. While many people scoffed at the company’s redesign and threatened to leave the app once its main purpose was removed, Foursquare still thrives in many vacation hotspots.

Part of what makes the Foursquare community so unique is the variety of languages in which reviews are written. Though many were in English, French and Dutch, the main languages of the countries I visited, often people wrote reviews in their native languages, signaling to fellow travelers what was worth visiting. 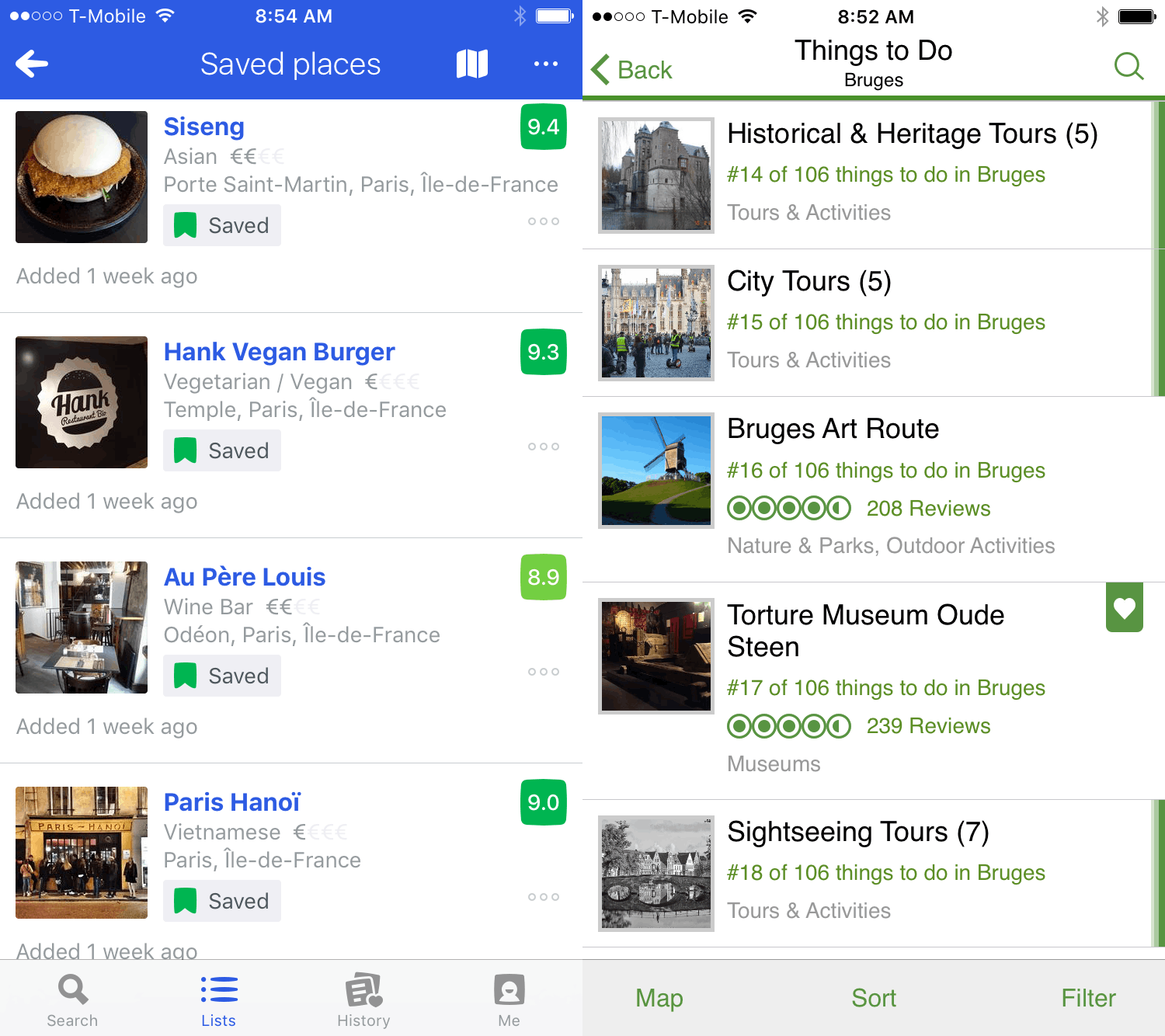 I didn’t use Foursquare exclusively as a suggestion app, although I did use it daily to find highly-rated restaurants and bars. I also used it to bookmark all the places I visited, in order to remember them later. Two of my favorites—a tea shop in Bruges and an Asian-fusion restaurant in Paris—I stumbled upon accidentally, but saved them on Foursquare to review, or recommend whenever the opportunity pops up.

TripAdvisor was just as crucial to providing me with a list of things to do. The community of travelers on TripAdvisor are dedicated and passionate about traveling, and really active on the site. The app makes it super easy to use to find, save, and rate things like attractions, shops, and restaurants, and most of the popular places have thousands of reviews from travelers from around the world.

I did very little research about what to see and do leading up to my trip. Instead, on the train or bus ride between cities, I pulled out TripAdvisor and scrolled through activities I thought I’d like. Because each place links to a location, I could save all of them to Google Maps right from my phone and figure out a schedule based on location. When I was in Bruges, my guide who had lived in the city for 30 years told me to look for the TripAdvisor stickers on restaurant windows, because that signaled the restaurant was worth dining at. He also told me to avoid restaurants around the main square, because they’re overpriced with bad food, an opinion that many Foursquare users shared.

While TripAdvisor was helpful for popular hotspots, Use-It provided insights from young local residents about what to see and do. For instance, taking a bike ride to the beach or night clubbing in Belgium. The app is made by and for young, active travelers, with categories from eating and drinking to live music and “chilling.”

For now there are cities on Use-It throughout Europe, including Belgium, the Netherlands, Italy, Hungary and the Czech Republic. But like old school maps that you’d carry around folded up in your pocket, Use-It can be used offline. So when you’re connected to Wi-Fi, just download the city you’re in, and you’ll have a map with suggestions you can access on your device even without data connectivity. 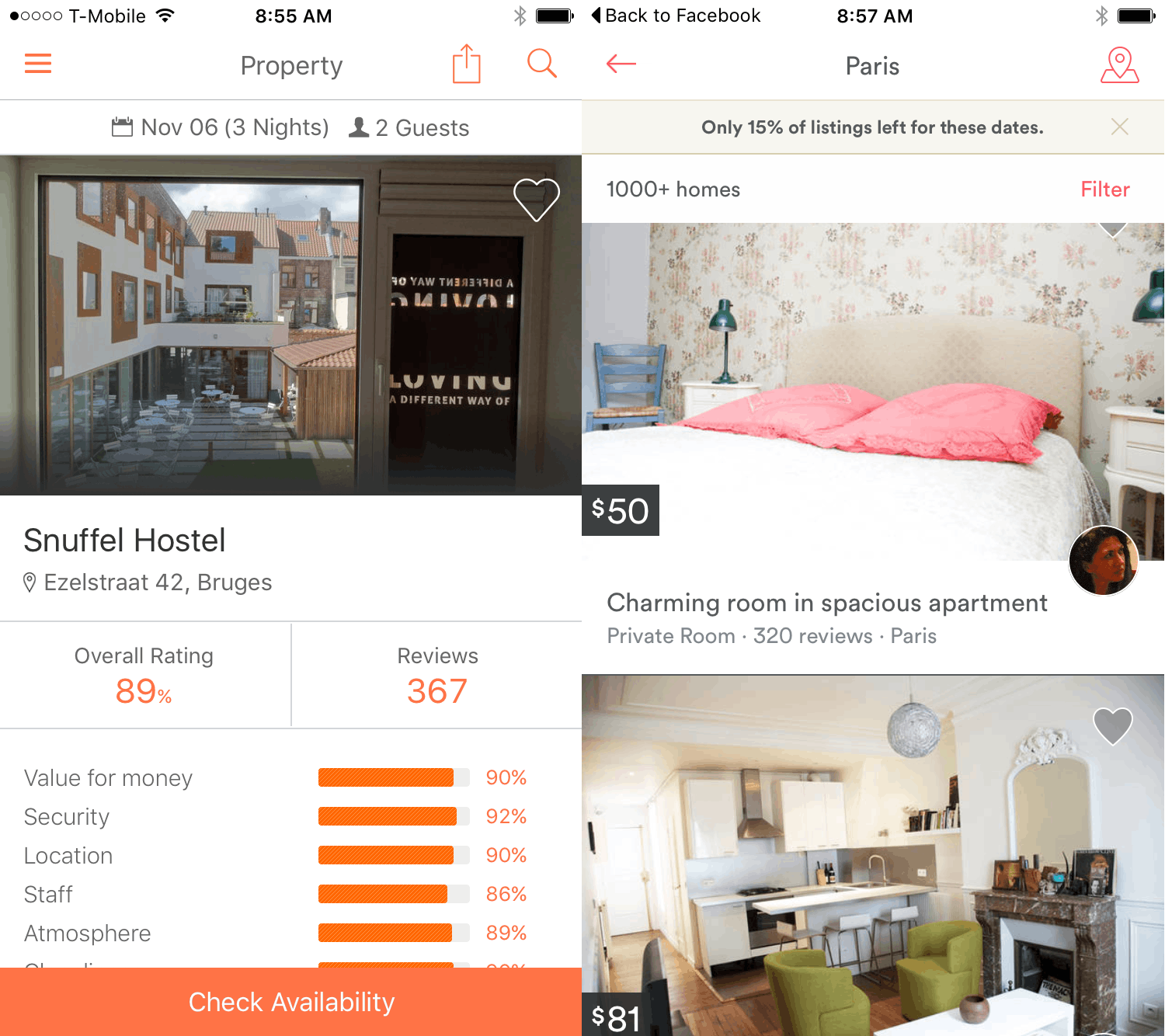 As someone who rarely plans anything—even where to sleep in foreign countries—Hostel World and Airbnb were hugely helpful for finding last minute lodging. Both apps make it easy to search for and book rooms right from your phone. Airbnb also lets you sign up for tours—like a street art tour in Paris—directly through the app.

Despite clashes with taxi drivers throughout Europe, including violent protests in Paris this summer, Uber remains one of the best options for transportation if you’re in a foreign city. You can enter your destination and you don’t have to explain to drivers where you’re headed, which can be a complicated task if you don’t speak the native language. It also ensures that you’re taking the best route while providing a bit more safety through location-tracking than traditional taxi cabs.

Two girls I talked to in Paris said they’ve come to rely on Uber—taxis ripped them off and drivers treated them poorly, so they switched to Uber. They said the on-demand car company is much cleaner, and makes them feel safer than flagging down a cab late at night. Uber has faced safety and moral controversies in the past, but when you’re stranded at a warehouse party in Saint-Denis, France at 1 a.m., an app to hail a car with your phone is a lifesaver. 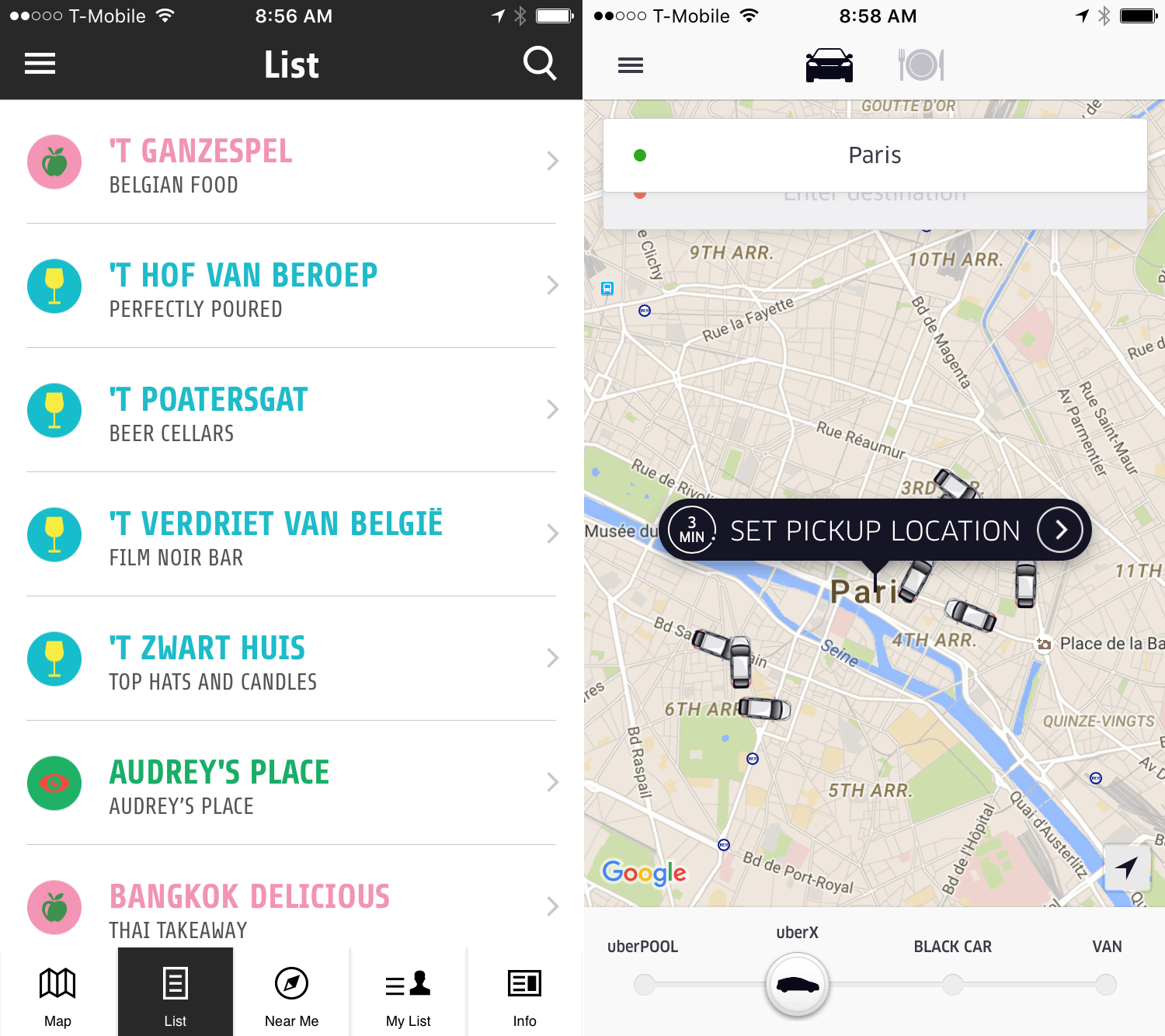 It was impossible for me to totally disconnect from my iPhone while traveling abroad, as much as I wanted to rely on spontaneity instead of technology. Without these apps I likely would have spent far more time reading or studying maps to get around town, and I most definitely would have gotten lost much more frequently.

We’ve come to rely on our smartphones from everything from news and information to entertainment, and while it’s nice to disconnect from some things, apps that told me where to go and how to get there helped me spend less time looking at my phone and more time looking out at the world.