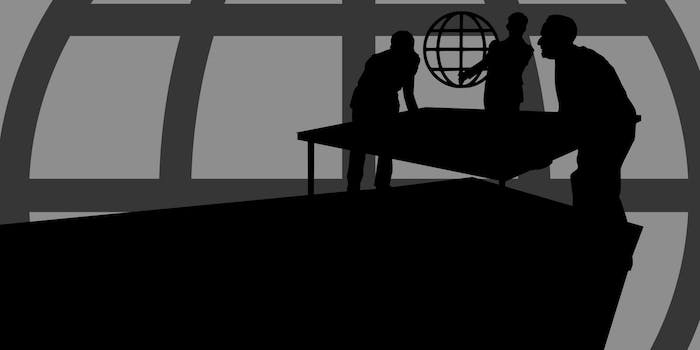 What does the Trans-Pacific Partnership leak mean for the Internet?

An interview with Maira Sutton of the Electronic Frontier Foundation.

On Wednesday, seemingly out of nowhere, WikiLeaks released a portion of the biggest, most secretive, most controversial pending trade agreement in the world: the Trans-Pacific Partnership.

Internet advocates of all stripes, from the intellectual property experts at the Electronic Frontier Foundation to people who don’t mind getting arrested for climbing government buildings to make TPP-related poop jokes, had been clamoring for that moment since 2011.

The TPP’s controversy stems from three factors. It’s huge: 12 countries, including the U.S. and parts of Latin America and Asia, are trying to agree to the same terms on a wide range of business and trade practices. It’s secretive: like any trade agreement, the details of negotiations are kept from the public, though the TPP’s been heavy handed about how it keeps out journalists and public advocates. And the process itself is biased: the only people given access to government negotiators are corporate lobbyists.

Tuesday’s leak was the most recent draft of the Intellectual property chapter, which deals with copyright and how that’s enforced online. It’s the first time anyone has seen the chapter since a 2011 leak, which included provisions that led Internet freedom activists to call it “the biggest global threat to the Internet since ACTA.”

The Daily Dot spoke with EFF Global Policy Analyst Maira Sutton about decoding the newest draft. Her analysis of the leak is available on the EFF’s website.

Were you surprised by anything in this version?

A little. Minor things. But for the most part we knew the U.S. was pushing for these copyright provisions, and we’d heard some countries were pushing back.

The biggest surprise is how much Canada and Chile are taking the lead in opposing the worst provisions in the agreement.

The draft shows different TPP countries pitted against each other on some issues. What are the big fights?

One is Internet service provider liability protection which dictates how much your ISP can be held liable for if you’re alleged to violate copyright. If such provisions are enacted, your ISP and other “intermediaries” that host content, like Google or Facebook, would be compelled to start monitoring your activity in order to save themselves from legal liability. This could even lead to situations where they may filter or block sites.

Nine countries propose language to give them flexibility on how they want ISPs and websites to have limited liability over their users to prevent these kinds of overreaches. Each country would decide how much these responsibility these ISPs should have.

But the U.S. and Australia want to restrict that language. The U.S. doesn’t want this because it gives them that much more flexibility to implement their own ISP liability regimes. This is probably due to heavy influence from Hollywood on the U.S. trade office to place the burden of infringement liability on ISPs and websites. They want private companies to police copyright enforcement for them, and they want them to do it across all 12 TPP countries.

Why is Australia with the U.S. on this?

They signed the Australia-U.S. Free Trade Agreement in 2004. Have you seen the Creationistas video on Australian copyright? It’s more nuanced than this, but I think they’reessentially getting bullied into just giving up on user-friendly protections in copyright law.

The U.S. Trade Representative, which represents the U.S.’s position in TPP negotiations, has previously said they would base their position on the Digital Millenium Copyright Act of 1998. Are they holding true to that?

None of the language in here really contradicts the DMCA. But remember how many problems there are with that law. I mean, right now, YouTube is using algorithms to decide what’s copyrighted, and legitimate content gets taken down automatically, with no consideration of our right to fair use. If this, and the myriad of other provisions get established in the TPP, it would make it that much harder for the U.S. to reform the DMCA. They may point to the TPP as this new international standard and claim that we now have an obligation to other countries that prevents us from reforming our own laws.

Who has the weirdest position in these talks?

In terms of copyright extensions, Mexico is proposing to expand ownership from 70 years, which is what most countries are proposing, to 100 after the death of the author. We’re not sure why.

What do you think the fallout will be from this latest leak?

TPP proponents think as long as they keep shouting “jobs jobs jobs,” they think they can get away with this. The very fact that WikiLeaks is known to be a brand that exposes wrongdoing has shed the TPP in a negative light that it deserves.

What can people do if they’re upset with this?

It really depends on how much people in the U.S. speak out against this to their lawmakers. If the U.S. passes fast-track, an authority under which Congress would skip its chance to amend individual sections of trade agreements, there’ll be very few hearings and very little way to amend it. We need to hold our government accountable to the users. We need to ensure that they’re not negotiating binding international agreements for corporate interests, while pretending to do so in the name of the public interest.