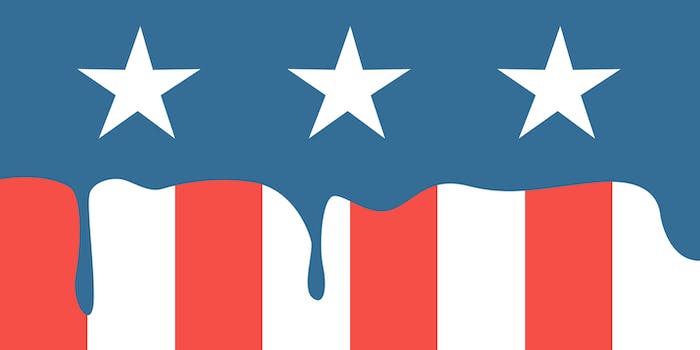 Clocking in at 30 chapters, who's ready to read it?

After years of secrecy, nations involved in the massive sweeping trade deal known as the Trans-Pacific Partnership have finally made the entire TPP text visible to the public.

The Obama administration, which has fought fellow Democrats over the TPP, has published it on the blogging platform Medium, echoing its decision to publish its Iran deal in August.

The TPP is enormous, covering 30 chapters over roughly 1,000 pages, and was negotiated by 12 countries—all of North America and Oceania, and a smattering of South American and Asian countries.

That the TPP was negotiated behind closed doors isn’t unique, as that’s standard procedure for trade deals. But its negotiators steadily upped its secrecy as talks progressed, shutting out journalists and civil groups, though not lobbyists. Until recently, even members of Congress weren’t allowed to bring aides when seeing the text.

Thanks to WikiLeaks, which leaked a handful of chapters, the text hasn’t been completely hidden from the public.

As a rule, civil groups were extremely critical: Environmentalists condemned parts of the chapter on the environment, and labor groups criticized what the TPP could mean for workers around the world.

Internet freedom groups and advocates resoundingly condemned what they’d seen in the intellectual property chapter, saying it would, among other things, make it tougher for users in TPP countries to get around Digital Rights Management (DRM) “locks.” It will also force other nations to adopt a similar copyright takedown process to the U.S.’s controversial Digital Millennium Copyright Act (DMCA), which makes it relatively easy for someone to claim they own a copyrighted work to compel another party to take copies of it offline.

“If U.S. Congress signs this agreement despite its blatant corruption, they’ll be signing a death warrant for the open Internet and putting the future of free speech in peril,” Evan Greer, an activist with Internet freedom group Fight for the Future, said in a statement released Thursday.

Industry groups have largely praised the TPP, saying it is good for consumers and, thus, businesses.

Of course, the TPP isn’t yet a done deal. Each nation has to ratify it before they adopt it in full. For the U.S., that means getting over the opposition of Senate Democrats. That process will be easier when it votes in a few months than it would have been a year ago, though: Congress recently passed so-called “fast track” legislation, which prevents legislators from voting on individual elements of a trade deal. Instead, they have to either accept or reject the TPP in its entirety.