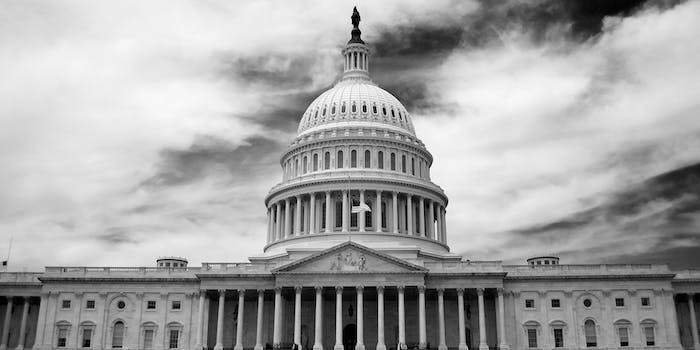 This is bad, bad news for opponents of the TPP.

Paving the way for the U.S. to easily adopt the controversial Trans-Pacific Partnership, Congress has passed a bill to streamline the adoption of trade agreements.

The bill, which passed the House on Thursday and the Senate on Wednesday in a 60-38 vote, renews Trade Promotion Authority. Colloquially called “fast track,” TPA may seem curious, as it actually limits Congress’s own power. But it makes the reality of adopting a trade deal far more likely. With fast track legislation in place, as it was from 1975-1994, the House and Senate don’t vote on individual elements of international trade deals like the TPP, and instead must simply vote yes or no on whether to pass it.

And that’s a big deal, as it seems the TPP something for anybody to hate. The deal, currently under wraps as a dozen Pacific Rim countries’ trade representatives negotiate it, has had several chapters leaked to WikiLeaks, and analysts haven’t been impressed. Environmental groups abhor its environment chapter, labor groups say it’ll promote unfair worker practices, and Internet freedom groups say the TPP’s intellectual property chapter will effectively force TPP nations to adopt copyright practices that can force Internet providers to track their users’ activity, and can be abused as a censorship tool. The world’s largest corporations, whose lobbyists are among the few able to influence the text, overwhelmingly and openly support the TPP.

“This campaign demonstrated to us that despite the immense influence corporations have over the Capitol, members of the public and civil society groups have the power to throw a wrench into the system and change the course of the national debate on trade policy,” Maira Sutton, Global Policy Analyst at the Electronic Frontier Foundation, told the Daily Dot in an email.

“We may have lost the Fast Track battle, but we can still defeat the TPP and other secret anti-user trade deals,” she added. “When the veil of secrecy over these agreements are finally lifted, when the texts are released before Congress holds a vote to ratify them, we’ll use that time to show the American people how toxic these deals are to the Internet and democracy itself.”

President Obama has been extremely vocal about his support for the TPA, often butting heads with his fellow Democrats. If the TPA bill failed, it’s likely that Congress would so disagree over individual chapters of the TPP that it would never adopt it.

Of course, the TPP is still under negotiation by its member countries, so there remains an outside chance that it could fall apart—it’s already blown through several deadlines—or that it could fail in Congress once completed. History’s against that, though: The U.S. Congress hasn’t actually denied a fast-tracked trade proposal in history.