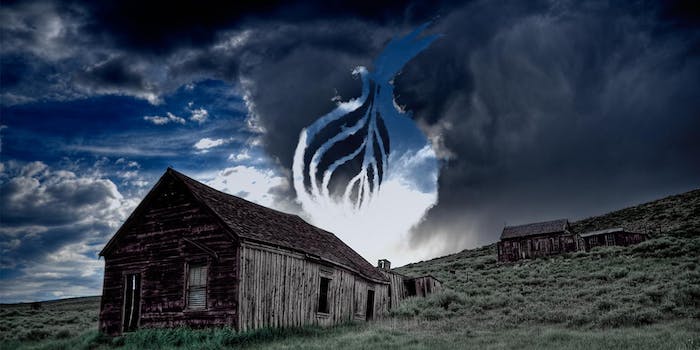 Publishing on the Deep Web is about to get a lot less complicated.

Tor is not only one of the most powerful privacy tools to ever hit the Internet. Crucially, it’s also becoming one of the easiest to use.

This fall, Tor’s developers plan to release Stormy, a hidden service launcher that will make it as easy as a few clicks to publish an anonymous Deep Web site to the Tor network. Stormy 1.0, which has been in planning for some time, is scheduled for release on September 15, 2014, according to the Tor Project’s newly released two year roadmap.

“We have a lot of people asking for [point-click-publish hidden services] around the world,” Andrew Lewman, Tor’s executive director, told the Daily Dot this spring. “Some prototype use cases could involve human rights activists communicating and coordinating without exposing their networks, or law enforcement working with whistleblowers or informants in criminal organizations, or victims of abuse reaching out to safely have a conversation with someone to find help and resources. However, time will tell which use cases make the most sense.”

Earlier plans for point-click-publish hidden services were discussed at Tor’s 2014 Winter Developer Meeting in Reykjavik, Iceland. The Stormy 1.0 launch is being planned at the Summer meeting in Paris, France, this week.

The developers of the open-source software will begin soliciting community and peer-reviewed feedback for Stormy in July.

Tor, already an essential tool with more than 120 million downloads  in the last year, is quickly becoming a common sight in hotspots around the globe. In recent months, hundreds of thousands of Internet users in countries like Russia, Iraq, and Turkey used the software to circumvent government censorship of the Internet.

While browsing Tor’s hidden services is easily accomplished with a few clicks, actually publishing your own anonymous website is more difficult. Tor’s own how-to website describes some of the steps as too complex to cover.

Easy-to-make mistakes in setting up hidden services can result in the unmasking of users, a potentially catastrophic result for whistleblowers, anonymous bloggers, and anyone else publishing sensitive data.

Third-party tools like Jot2Tor have attempted to make anonymous publishing a trivial task but the inclusion of a new, easy-to-use automated tool built and backed by the Tor Project is bound to make hidden services more popular than ever before.

“The result will be a way to provide portals to submit text, pictures, and video,” the mission statement on Tor’s wiki says. “These sites will not have the ability to log information that can be used to track down citizen journalists or other users, and will be resistant to distributed denial of service (DDoS) attacks.”

With the release of Stormy, any whistleblower or human rights activist in the world should be able to easily and anonymously talk to anyone and everyone. Better yet, so could your mom and dad. It’s easy to imagine the vast power this kind of tool can invest in its users almost regardless of computer literacy.

“Usable secure software is a priority of ours,” Lewman told the Daily Dot. “It does no one any good to have perfectly secure but unusable software in the hands of the general user.”

Due to the Tor Summer Meeting, developers were unable to respond to requests for comment in time for publication. We still don’t know if Stormy will be automatically bundled with the Tor Browser Bundle, or if it will be an additional program that users will have to grab on their own.