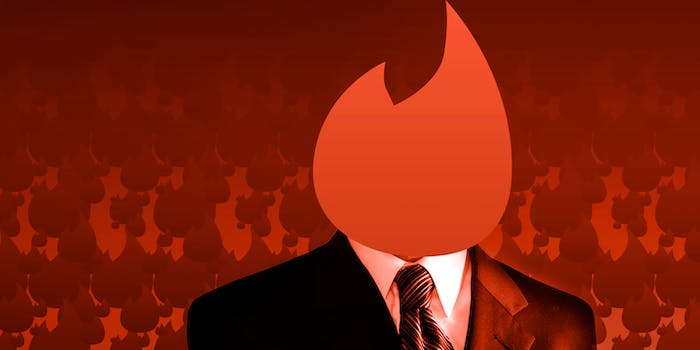 Rad will remain on as the comapny hunts for an "Eric Schmidt-like person" to take the reins.

On Tuesday, news was released that Sean Rad, CEO of über popular dating app Tinder, would be stepping down from his position in the company he cofounded in 2011. A Forbes exclusive reports that the 28-year-old was demoted with a single phone call from IAC’s Sam Yagan only moments before taking the stage to give a keynote speech as part of the Forbes 30 under 30 summit.

The news hit Rad harder than a left swipe. “I went through every stage of mourning at once—fear, a bruised ego,” he recounted, reflecting back on the moment. “I started thinking about the company and my whole future.”

Rad’s removal as CEO is the crescendo to a year which has found the revolutionary dating app plagued with endless PR nightmares, most notably the sexual harassment lawsuit filed by Whitney Wolfe against CMO Justin Manteen. While the lawsuit was quietly settled in September, with Manteen resigning from his role as chief marketing officer shortly after, it appears he hasn’t left the Tinder fold.

Forbes’ Steve Bertoni reports that even though Manteen is out as far as IAC is concerned, he is within arms reach of Rad at all times, with the two talking four times a day, eating dinner with each other’s families, and swapping matching Mercedes G Class wagons. With Manteen consoling Rad in his Philadelphia hotel room moments after the crushing news, many wonder if the lack of distance from a man who marred Tinder’s image has something to do with Rad’s removal.

IAC remains diplomatic about the changing of the guard. “Sean has exhibited tremendous strength in building the Tinder’s brand, users and product,” Yagan told Forbes. “We wouldn’t want to do anything that lessens his leadership in those areas.” As Tinder begins its hunt for a replacement, Rad will stay on as CEO in the interim. Once the company finds its“Eric Schmidt-like person” to take the reins, Rad will step down into the role of president and member of the board.